When They Are All So Sad

As most of you know, my brother was killed by bi-polar 2 1/2 years ago.  Bi-polar is a mental disease that is not well-understood nor well-diagnosed.  It has several components including highs that make the person think anything is possible… they might go on a buying spree, start a huge project, or otherwise be the life of the party.  In this phase of the cycle, they believe nothing is impossible, that they can do it all, and that they can and should do it all perfectly.  (In many, this is the predominant way they look at life long before the crashes start or get very long.)  Others see these people as positive, upbeat, go-getters.  Nothing stands in the way of their success.

Then the crashes start coming.  This disease, bi-polar, was known for many years as “manic-depressive.”  The manic stage is the high.  The depressive stage is the crash.  At first the crashes may start small, but as the disease progresses, the crashes become full-blown depressive states and may last from a few hours to months or more.  The person, who was normally upbeat, cheerful, and thriving hits a wall they (and those around them) do not understand.  They lie in bed, unable to get up even though they know they should.  They sit in chairs and stare straight forward, unable to get the energy to go again.  During this phase (as well as sometimes the manic phase), they become confused, disoriented, and completely overwhelmed.

All those projects they started become monsters.  All those things they bought become debt they can’t pay.  They see the confusion and concern in the eyes of those around them who do not understand why their vivacious, go-go-go friend or family member suddenly won’t even go to a party… much less get out of a chair.

Then the cycle repeats.  I remember when my brother after having gone through 10 months of depression suddenly came out of it into a manic phase.  I called him one night.  He was talking so fast, I could hardly keep up.  He had been awake “cleaning and organizing” for 3 days straight.  He said he figured he’d been asleep for 10 months, now that he was “better” he was just catching up.  But the “catching up” caught up with him, and 3 months later, he crashed even harder than before.

He got help–in the course of the two years that we knew he was dealing with this disease, he went to several doctors, psychologists, a couple of psychiatrists, at least two priests, as well as talking to us about things nearly every day.  He took medicine that didn’t seem to work and had mini-manic and crash cycles throughout.  We did not know about bi-polar at the time.  We thought if we could get him to the right person, or on the right medicine, or something, our brother would be back to his old self–and maybe it would have if we had ever found the right combination.  But every “up” brought more projects that became increasingly overwhelming to maintain in the crash phases.

It was frightening, confusing, and frustrating.

Unfortunately, like cancer and heart disease, bi-polar also kills.  Cancer eats the organ it is attached to and then spreads.  Heart disease closes off the arteries to the heart, denying it the blood supply it needs to function correctly.  Bi-polar eats sanity.  It throws the brain chemicals out of whack, making too much of some chemicals at times and then over producing others without the regulations that should be in place to keep the brain chemicals in proper balance.  As “Bi-Polar for Dummies” says, it is like being in a car where you press the accelerator and go 174 one day or one minute and then the next the car will only go 5, and there are precious little moments of balance between the two.

When bi-polar takes over, as with cancer, the person’s sanity has been eaten to a certain point, episodes of loss of control happen.  I heard someone after my brother’s death tell of a man with bi-polar who wrote a story about sitting with a gun thinking he should just use it.  After writing the story, the man had the odd sensation that it wasn’t just a story, that it had actually happened, but he didn’t “remember” it the way you or I would.  In bi-polar, something “else” sometimes literally takes over, and the person suffering takes their own life through suicide.

That’s what happened to my brother.

That was bad enough, and something I would never wish on anyone.

Then last week, bi-polar visited my family again.  We had known my brother-in-law was struggling with depression.  It sounds so common sense now that we should have done something to help.  But some people are very good at hiding bad, and we didn’t know how desperately he was struggling with the same demons that overtook my brother.

The night we got the news that my brother-in-law had died, we loaded up the kids and went to where his family was.  Walking in was like knowing what that valley of tears would feel like and praying for the strength to walk it again–wondering with each step if you can.  The grief was unimaginable.  He had hidden the bad so well that many in the family had no idea.  His kids, who are good friends of my kids, were in shock and grief.  Every new person through the door started the tears once again.  It was hard, heart-wrenching, and incredibly painful.

The next morning when we got up, facing another day in our “new normal” that we would never have chosen, my six-year-old son crawled up onto my lap.  He looked at me with these big, sad eyes and said, “I just don’t know how to cheer everybody up when they are all so sad.”

Sometimes he captures even better than I can what is in my heart.

I humbly ask  you to  say a prayer or two for this family now walking through this valley of tears, for understanding as far as it can go, for the adjustment to the “new normal,” and for them to be gentle with themselves and with each other.  Also for wisdom and good guidance for all of us going forward. 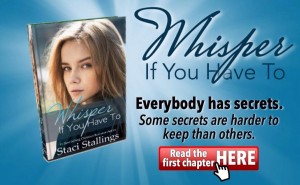 Finally, pray for those with bi-polar and those whose lives are effected by this insidious disease.  Bi-polar kills–not always but sometimes, and the grief it leaves in its wake is unimaginable.  If you have bi-polar or know someone who might, please get them help.  If you know someone whose life has been touched (or ripped apart) by someone whom bi-polar has killed, PLEASE be gentle with them.  They are confused and heartbroken–just as they would be if their father, mother, sister, brother, son, or daughter had died of cancer or had been killed in a car wreck. Compassion is the order of the day, and if you can’t think of anything constructive to say, just give them a hug and tell them you’re praying for them… and then follow through and pray.

Judgment in these situations is the default evil.  It is Satan’s way of adding guilt to the people left in the overwhelming wake of bi-polar.  Please be kind, and do not add more tears to the valley.  Believe me, there are already plenty there.

Two books I highly recommend to begin to understand this disease are “Bi-polar for Dummies” and “An Unquiet Mind.”

Finally, if you are suffering from this disease, don’t be so good at hiding bad that you take getting help off the table… we love you, and we want you to live!