Sometimes it seems that what happens in life happens by some predetermined outline.  It’s kind of like writing a book if you’re a “plotter.”  Hard core plotters believe they cannot and should not write a single word until they have worked out in their heads in outline form every twist and turn from beginning to end.  Others of us (like ME!) are what they call “sotp” writers–seat of the pants writers.  That means we don’t necessarily have much of the plot figured out at first at all, and we do not need every twist and turn figured out in advance in order to write the first sentence… or the first 19 Chapters as the case may be.

I’m not here to argue about that one way or the other.  But for me, there would be no sense in writing a story that I knew the whole thing when I started.  Half of the fun for me is playing the game, watching what happens as the story progresses, and enjoying the twists and turns and WOW-I-didn’t-see-that-comings along the way because what happens often surprises me in very remarkable, life-changing ways.

Such a story happened in real life yesterday.  See, there was this horse.  It had run in some races.  In fact, it came in fourth in a non-sanctioned event not long ago (non-sanctioned–that means the race wasn’t even on the official list of races where possible horses that might make it to a big race go to race).  And it came in fourth in that race! This horse hardly had “glory” written in its life outline.  Maybe some of you know how that feels.

But then… The Game happened.

Everyone had written that horse off.  Many didn’t even think it should be allowed to run in the Derby (that’s the BIG ONE for those who don’t know) because this little horse had literally no chance of winning.  Why put up great horses against a mediocre horse?  It will just embarrass one and make the whole race a farce for the “real” horses.  They put odds on this horse, as they do all of them.  50-1.  That’s what you give a horse that has like no chance of placing much less winning. 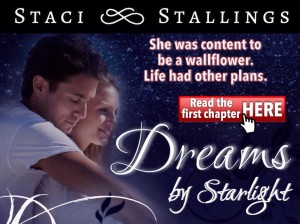 But this is why we play the game… because life doesn’t always follow the outline, sometimes weird things happen, unbelievable things, things we never would have expected, and what a race looks like on paper isn’t always how it turns out.

The little horse that came pulled by its trainer in a regular horse trailer, lined up with the best of the field, and for 3/4 of the track, he looked like everyone had predicted.  At one point he was dead last.  In fact, around the last turn, he was second to last.

This little horse that nobody gave a chance threaded its way past three horses and then around one, and then past a whole bunch more… and then it threaded a literal needle between the rail and three other horses.  The poor announcer didn’t even see it.  He was still calling the track race between the next three horses back!

When he finally noticed the little horse, he had to look up its name– “Mine That Bird”–because it was not on the tip of his tongue.  What was it doing there?  Wasn’t it in the back?  Where did it come from? And then a burst of power that left every other horse three lengths in his muddy dust, and he crossed the finish line!

See, THAT’S why we play the game.  Not that it happens all the time, but once in awhile, the horse that no one thought had a prayer suddenly… does.

Sometimes that person that all of us have written off suddenly takes on a significance we could never have known and never would have penciled into our outline.

I think the lesson is don’t write people off.  Always play the game to the very best of your ability from the starting gate ALL the way around.  Even on the backstretch when the whole field is in front of you, there are places to thread, opportunities that no one else is taking advantage of, and a 50-1 shot becomes a runaway winner.

May not happen often, but sometimes it does.

That’s why we play the game!