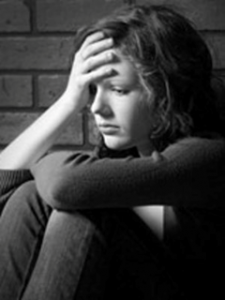 I’ve noticed something.  Society as a whole substitutes one “solution”–read “addiction” for another about every generation or so.

Think about it.  Three or so generations ago, the go-to solution for feeling empty was alcohol.  Then society split in two directions.  One side wanted to outlaw the stuff.  The other side started experimenting with harder stuff.

The “fix” soon became getting “a fix.”

Of course, this was not an improvement on the situation–just a different solution to the same problem.

I feel empty.  I feel lost.  I’m hurting, and I don’t want to hurt anymore.  So I’m going to escape, I’m going to cover it up, so that at least for a little while, I won’t hurt.

Interestingly, threads of society hold onto the old “solution” even as other threads begin experimenting with new solutions.

Years ago it was not uncommon for kids to recognize and say, “My dad’s an alcoholic.”  Moms might be too, but there were movies made about dads drinking and getting out of control drunk.  One of those that I remember was Tim McGraw’s character in “Friday Night Lights.”

As society began recognizing the destructiveness of this “out,” they passed laws.  We suddenly had Mothers Against Drunk Drivers and AA.  As drugs filled the void, we had D.A.R.E. and Nancy Reagan’s Just Say No campaign.

So people began to want to avoid being stigmatized with being an alcoholic or a drug addict.  They had seen the destruction of these ways of filling the “empty inside,” and they said, “I will NEVER…”  And they didn’t.

However, “the empty” didn’t just leave.  It stayed, and it grew.  So with alcohol and drugs less acceptable, they turned to sleeping around.  It used to be that a girl who slept around was called horrible names, and so most of them didn’t.  But the empty didn’t leave.  So they began experimenting.  Of course, that didn’t solve the problem.  It often made things much worse–getting dumped is bad enough, getting dumped after you’ve slept with the person is far worse.

As the ravages of sleeping around began to become apparent–the divorce rate went through the roof, STD’s soared, many took precautions at least.  (I can’t say this one has stopped or even reversed because it hasn’t.  In fact, none of them have.  They just snare different people as the newer “fillers” come into fashion.)

I have noticed a new addiction taking over.  You’ve probably noticed it too, if not in your life, then on the newsstand.  “Obesity in America!” the headlines scream. 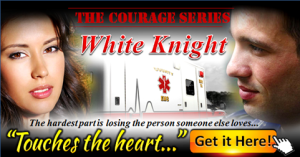 We are “empty.”  We know drugs kill, alcohol will wreck our lives, and sleeping around is a great way to crash your self-esteem.  But eating?  We do it everyday.  Everybody does.  In fact, you have to in order to stay alive.

Do I think some of our overweight problem stems from the foods we choose to consume and some is from biological factors?  Yes.

However, I also think there is a spiritual component of this that if it is not faced and fixed, even if we as a society lose the weight, we will simply substitute a new fix for the empty inside.

Casting Crowns says, “That empty inside it just ain’t gonna listen.  When nothing can satisfy and the world leaves you high and dry, just come to the well.”

If food has become your god, if nothing is fixing that empty inside… may I suggest going to the well?  Because nothing, and I mean NOTHING else is going to fill it.