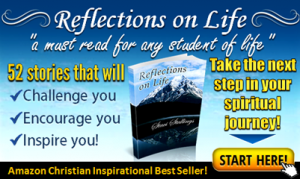 by:  Staci Stallings I was at Hobby Lobby the other day.  All I needed was five pieces of non-glare glass for 8 X 10 frames. Maybe that doesn’t interest you at all, but stay with me, there’s a lesson here. When I got to the framing department, there was a young man standing…

by:  Staci Stallings I thought it might be fun to share some of my favorite sayings and mantras with you.  These are things, for whatever reason, that I’ve picked up along the way.  Some of them are simply guiding principles that help when things go wrong.  Mostly they are touchstones I go back…

by:  Staci Stallings So how do you stay in Today Thinking?  If power is found in today thinking, how does that look in a life? I’ll give you an example:  Me! I have a lot going on.  A lot of times I think of myself as lazy, but the truth is probably more…