As I wrote the last post, one thing kept cropping up in my mind and heart…

What our words say about us and how we use our words with others–especially with our children.

Also incredibly important to teach… especially to our children.

Now I come to a point that might well be uncomfortable.  The words we choose to use–especially in regard to our children and the weak among us.

The question I ask is this:  When dealing with your children, do you feel weak or strong?  I don’t mean in terms of powerful–as in lording something over them.  I mean, truly strong.  Do we have the capacity to lift them up, to help them along, to teach, to model for them right, good, and true behavior?

Power trips go something like this… “Mow the lawn!”  “Clean the garage!”  “Do your homework!”  They are couched as demands, and even if they are followed, are often done so with anger and resentfulness.

This is NOT the form of strength that Jesus modeled for us.  He didn’t go around ordering things.  His was not a top-down approach.

Instead, He quietly modeled the behavior He wanted to encourage in His disciples.  (As an aside here, “disciples” means “student” or “one who learns.”  So in that sense, your children are your disciples.  What are they learning from you?  Do you want them to reflect to the world what they see you do on a daily basis?  If they were to go out and be a perfect clone of who you are in private, does that inspire and excite you?  Or horrify you?)

Jesus encouraged His disciples to value the downtrodden, to help, to heal, to notice, to SEE others.  To become their biggest cheerleader.  To forgive, to love, to have compassion.

We get that (I think).  But then we fall off the turnip truck.  We act as if His example doesn’t matter in our day-to-day lives.

One of the most insidious things you can do to a child is to say hurtful things “jokingly.”  Even if they get the joke, the words hit soft targets in their heart.  They learn that hurtful words are funny, and they will repeat this behavior in their own world.

When I was in college, I had a very good friend who would use her own words against herself and then say she was just joking and everyone thought it was funny.

Referring to herself, she often used the words idiot and stupid.  In fact, stupid was one of her favorite words.  Then I figured the game out.  See, when everyone else started laughing, she would duck her head.  Their laughter confirmed ever deeper all the junk her father had told her over the years.  It was her father’s words that she had learned and taken in.  When he was no longer around to pound her with them, she began pounding herself with them–in a way that others encouraged by laughing at them.

Although I was only 19 at the time, I realized very clearly what this was doing to her.  I didn’t know how to make her stop or what to do about it, but I knew something had to be done.  So one night when I was on crutches and we were walking back to the dorms together from somewhere, she said something about her being stupid, and I stopped.

Funny, looking back now.  That moment was a line in the sand for me.  See, up until then, I didn’t think I could stand up to bad things.  Instead, I kind of shrunk back and hoped they wouldn’t find their way to me too.  But in that moment, she became more important to me than the shrapnel of evil that might come my way from standing up to it for her.

I stopped, and she turned.

“No,” I said, staring my fear right in the face.  “I’m not moving until you take that back.”

“No.  Joke or no joke, I’m not moving until you take that back.”

Interesting how many times that exact conversation has come around in my life since that moment, and every single time, the person has believed they were going to talk me into just letting it go. 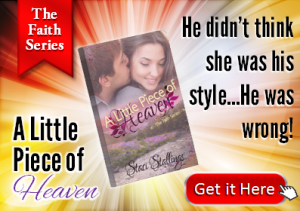 However, what I now see so incredibly clearly is that their parents’ words have formed a web of lies and shame around them.  Someone has to stand up against that.  And if God sends me to do it, so be it.  Often it feels like David and Goliath.  But I’ve seen more than one Goliath of parents’ words fall. And I’m no longer afraid of them.

So, I guess we’ve got another web of lessons going here.

#1  What words are you using with and to your children?

#2  What words did your parents use on you that need to be rethought and for many set down and abandoned?

#3  Who needs YOU to stand up to those hurtful words others have gleaned from their parents?  Ask God for help, and then stand up to them.  Remember, those words too were spoken from a position of weakness.  Ultimate weakness if you ask me–because there is no relationship more unbalanced power-wise than a parent to a child.  And any parent who then uses their words to hurt and destroy a child is setting up incredibly bad issues for that child now and in the future.  Don’t be THAT parent!

By:  Staci Stallings One of the most difficult things about being a mom is walking your children through life’s really tough lessons.  You can be floating along just fine, never even seeing the storm clouds gathering, when suddenly you’re caught in a maelstrom. That’s what happened the other day with my son.  Now…