The Power of Quitting

And boy, did I believe THAT lie.

I know.  I know.  You’ve probably been told that too.   Maybe you even believe it, and my saying it’s a lie makes you really uncomfortable.

Stay with me a minute, and maybe you’ll see that “never giving up” is not all it’s cracked up to be.

My daughter recently started school.  Now this daughter happens to be very good at a lot of different things–school work, music, and sports top the list.  She is a dynamic, fun, energetic kid who loves to learn and is highly responsible.  (And that’s not just her mom talking either… she really is!)

Going into middle school was a big change, but one of the tough things to navigate was that with so many different talents, how do you choose which to pursue?  She went back and forth, up and down the four electives:  band, choir, theatre, art.  She likes them all and would probably be good at them all.  Finally she settled on choir (which she really loves now).  She also decided to play volleyball after school.  That knocked out her ability to play violin with the junior symphony, but there are only so many hours in a day!

So the first day, she went to volleyball.  Now she had played in elementary, in fact, since the second grade, and she had done very well.  The problem was volleyball was every day, after school, for an hour and a half.  That meant all kinds of logistical nightmares for the other two kids, but I was willing to make it work as long as she was enjoying playing.

(This is the same child that played basketball with Kids, Inc. for six minutes and broke her finger, thus ending her basketball career.  However, she loved volleyball, so I didn’t think that would come into play. )

Well, after the first practice, I went to pick her up.  I asked how it was, and she didn’t answer.  In fact, she kept her head down and wouldn’t even look at me.  It was a very quiet, long 20-minute ride home.  When we got home, things went downhill.  First she started crying and wouldn’t stop.  Then she started telling me about practice.  With only 7 girls, she didn’t have a teammate partner, so a parent was her partner.  That meant when the others did 20 digs, she got to do both sets–or 40.  The other girls never wanted to stop for a rest or drink break, so they didn’t.

We talked that night about it and decided that she didn’t want to play volleyball.

Then we ran into the “you really should give it a week” crowd the next day.

Thankfully, I had learned my lesson on this in a very personal and painful way in college.  I wrote for the newspaper, and I gave it my all.  Unfortunately, my all was not enough, nor appreciated until I was literally at my emotional breaking point.  That’s when I told the editors I was done.  I was quitting.  That’s when they all said, “Just stay a couple more weeks.  Please, we can’t lose you.  It’ll get better.  We promise. We didn’t realize… please, don’t quit.”  And so I didn’t.  Because I’d been taught how awful of a person you were if you did quit.  I didn’t want to be a “quitter.”

I should have quit.  I stayed on, and over the next weekend, I broke my foot.  I think psychologically I had determined I was not going back, and then I didn’t have to because I literally couldn’t.  I’ll never forget walking (on crutches) into the newsroom that morning.  The first editor looked up.  “What happened to you?”  “I broke my foot.  I’m not going to be able to stay on.”  To which she said, “Oh, that’s too bad.  AMY!  You’ve got Staci’s beat now.”  That was the end of my newspaper career.

It was a very, VERY valuable lesson.  I knew the newspaper was wrong for me.  I knew I was not enjoying it.  It was horrible.  I was miserable.  I was exhausted from trying to make them happy and pursue my other goals for my own life.  Moreover, I was making stupid decisions to keep them happy that were putting me in dangerous situations that I was not comfortable with being in.  That should have been enough, but because of the “don’t quit” thing, it wasn’t. 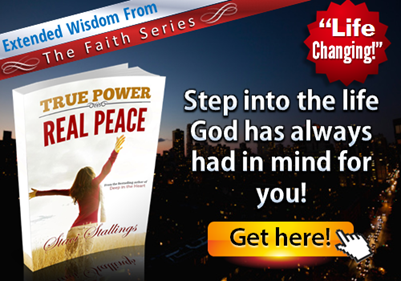 So, with my daughter, I stood our ground.  No.  She was not going to give it another week.  She was already a stressed out mess (the next morning her younger brother asked if I had noticed she was “particularly jumpy this morning.”  Yes.  I had.  She forgot a book, her paper, her notecards.  She had to go up to get something for me to sign… twice because she brought the wrong thing.  That’s NOT her.  And that’s no way to live life.  Giving it a week or a month or a semester wasn’t going to change that.)

Here’s a secret no one will tell you:  There is real power in quitting things that are not right for you.  Staying in them to make everyone else happy is the best way I know to run yourself into the ground, and it’s just not worth it.  Because when you drop out, they will just say, “Oh, that’s too bad.  AMY!  You’ve got Staci’s beat now.”  They will go on, and you will be left to pick up the pieces.

Now I’m not saying just give up when you first hit hard–if it’s something you love and really value, stay with it.  But if it’s not, get out.  Now.  Don’t wreck yourself for things that ultimately don’t matter a wit.

God will tell you which it is if you will go to Him and listen.  Who knows?  You might not even have to break your foot to make a good decision about it!

What Kind of Person are You?

By:  Staci Stallings My niece and nephews arrived this morning bright and early.  I’m watching the four of them (plus my three) for most of the day.  They are truly great kids and get along swimmingly with my kids, so it will be good.  One thing I thought was interesting was when they…

By:  Staci Stallings Sometimes it seems that what happens in life happens by some predetermined outline.  It’s kind of like writing a book if you’re a “plotter.”  Hard core plotters believe they cannot and should not write a single word until they have worked out in their heads in outline form every twist…

By:  Staci Stallings   The genesis for my understanding of this word goes back to when I was teaching high school English.  The school where I taught had a unique way to teach vocabulary.  It was based entirely on learning the meanings of Greek and Latin root words.  Now I have no idea…

By:  Staci Stallings Everyone wants success. People talk about setting goals and positive thinking and getting to the top. However, most of these same people never really define what success means to them.  Instead they think only in terms of the next big promotion or the next raise or climbing the corporate ladder,…