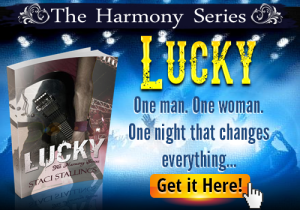 by:  Staci Stallings Have you ever noticed your faith feeling much more like duty than a genuine want in your life?  Have you ever read the Bible because you should?  Have you ever pushed through going to church because you’re supposed to go? If so, then you know how empty religion without relationship…

by:  Staci Stallings God is so brilliant.  Because I took a week off, He laid the foundation for this discussion right in my lap this morning at Sunday School. We were talking about the 10 Commandments and how God laid them out so the most important “thing” — Him is first.  Then He…

by:  Staci Stallings And now we come to the part of the song that can sound a lot like condemnation if you’re not walking in the Spirit.  Why?  Because in seven short lines, Casting Crowns manages to bring into sharp focus Hebrews 4:12: For the word of God is alive and active. Sharper…