One of my favorite movies is “Facing the Giants” by Sherwood Baptist and the Kendrick brothers.  At the end of the movie, after putting everything in God’s hands and believing Him for miracles, miracles start raining down on Coach Grant Taylor.  At the very end, Coach Taylor’s wife tells him some particularly astonishing news, and as he kneels in front of her, tears overcome him and he bends into her embrace saying, “Oh, God, I’m overwhelmed.”

I have to say, I know how he feels!

Now some of you know me and have known me for awhile.  Some are new friends.  Either way, it’s important to note that although I’ve been a staunch believer all my life, it is only in the past four or five years that God has become my Best Friend.  There was a time in my life that He was more like an employer, and that was hard.  This new relationship is really, REALLY cool though.

I have many friends and most of them are Holy Spirit friends.  That means we don’t just hit the surface of life… what did you do last night, how’s work, did you pick up the pizza… we go deep.  Sometimes really deep.  For example, a Holy Spirit friend called me just last night to ask for prayer for a particular meeting she had coming up.  She was in tears with concern over what would happen.  Since I had been reading “Prepare for Rain” by Michael Catt, and was literally about to jump out of my skin for God to do something incredible in my life, I wasted not even a second.  “God says in Philippians 4:6:  Do not be anxious for anything… and that means what’s coming too.”

I started kidding around with her, telling her to smile and breathe (but not at the same time as that would be too difficult for her in her present state).  It worked.  She called me a nut and started laughing.  That’s where God wants us… relaxed and released.  Not tied up in knots.  So, the things God sends into my life, I definitely use.  It’s not a matter of being a bottleneck at all.

In fact, one of the things I have noticed about God these days is how fun of a friend He is; however, He is also the God of the Universe.  He has literally billions of friends–old friends, new friends, to come friends.  He has friends who sing, friends who write, friends who have blogs, friends who make movies, friends who paint, friends who do VBS, friends who go to my local church, and it’s like He suddenly wants me to meet them all.  Now in one way that is not at all a bad thing.  I love meeting new people, especially new people who share my love of God.  On the other hand, I’m like Grant Taylor, “Oh, God, I’m overwhelmed!” 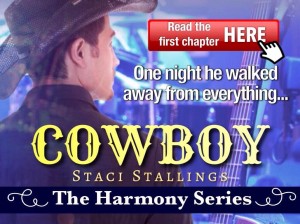 At the moment I have 7 “open books” that I’m reading, and about six more that are waiting… and three more on their way in the mail to my house.  I’ve watched movies, downloaded songs, printed off sheet music, read blogs…  Suddenly I can’t keep up with it all.  It’s like a deluge of incredible God stuff! It’s a good thing I’m no longer on the Try Harder wheel or I’d be in serious trouble.

The biggest issue is that I want to do it all.  I want to see the world the way God does.  I want to understand the way God does… even if it’s just five percent of all understanding.  I want to understand, not so much for me and my purposes, but because the more I understand, the closer I get with God and the more awesome I realize He is.  It’s like putting a puzzle together each day that not only grows but then becomes 3-dimensional and then technicolored and then six-dimensional and then adds sounds then turns to HDTV and then into reality!  Every day I wake up with “Show me more, God” in my heart.

The challenge now is that in my humanness, I can only take in so much at a time.  I read really fast, but I can’t absorb a book by osmosis.  I’m stuck still reading each line, highlighting, underlining.  Yes, I’m learning, but it seems such a slow process… not because of God, but because of me.  And I sense God, standing right there going, “You think THAT’S cool, wait ’til you read THIS… But this won’t make sense until you read that, so hurry up.”  And He’s not saying “hurry up” out of impatience but out of excitement.

It’s honestly like having a best friend who comes by to  share every book they’ve read that really made a difference… and every movie and every song and every sermon…  It’s not God’s fault that He’s so cool and I’m so slow.  And it’s not my fault that I’m so slow either.  That’s part of being human.  I know there will be time in Heaven to take all of God’s Glory and Awesomeness in.  I look forward to that particular eternity.

For now, I’m running, spiritually.  Not because I have to but because I want to.  This hunger for more of Him is something I never would have envisioned, but something that is incredibly cool!  If not more than just a little overwhelming…