In some of my earliest books, I uncovered a phrase that I could use to help people begin to dig into themselves and why they do (or don’t do) things.  At the time I didn’t realize what a profound effect on my own life this little phrase would have.  The book that it became the most prevalent in is the one book that has not been revised/rewritten and would take the most to do at this point.  I hope you get to read it some day because the message behind it is incredibly powerful.

In the book the guy is a cynical news reporter sent on a story he does NOT want to cover because he thinks it is beneath him.  However (hello! This is a Staci Stallings book we’re talking about here, so of COURSE there’s going to be romance!), he isn’t prepared for meeting the woman who will change his whole life and outlook at the assignment.

Through the course of the story first she challenges him and then he begins challenging her to get real about what’s going on inside.

Now everyone has their “go-to” excuse for not doing this critical work.

With this couple, the excuse is, “I don’t even know where to start.”

Which is honestly what I kept hearing them say when I would try to untangle what was really going on.  There was just SO MUCH going on, that even as a counselor/author, I didn’t know where to start to help them growth through, out of, and into what they needed to.

Then during one scene, the woman finally says to him, “Okay. Then start somewhere.”

When I was teaching English, I became acutely aware that there are at least three types of students, and each type approaches problems from their own style.

The first type, I called “Math People.”  Now math people are very analytical, but their analysis has to start and proceed in a set sequence.  They are NOT comfortable if things get “out of order.” If you take a math child in an English class and give them a writing assignment, you had better be able and prepared to articulate for them the step-by-step plan to walk them through the assignment.  You cannot say to a hard-wired math kid, “Just start somewhere,” or you will end up with a kid who never starts!

The second type, which I called “English People,” are far more creative (think right-brained).  They see an issue or an assignment, and if you tell them start here, they will almost surely defy you (or it appears to defy you!) and start somewhere else.  They are the kids, like me, who will take an Algebra problem, start it, get to a certain point, and just start guessing the answer.

An English kid can look at a writing assignment and start at the third paragraph, then write the conclusion, go back to the second paragraph…  This is the author who writes each scene in a different document and then mixes and matches them until they can line out a whole story.

Dennis, my writing partner, used to write the whole story and then “take a sledgehammer to it,” bust it up and rearrange it to see if he could create something better.  Don’t ask me.  But it worked for him!

The third type of child is the kinesthetic learner who does nearly no learning in their heads, it’s all done with their bodies–making models, touching it, doing it. 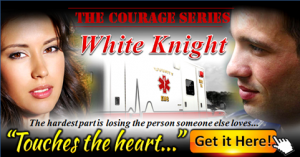 This is the problem my character was trying to get around–that “I don’t know where to start” block.

That’s the long way to say that I’m going to start a series now which is a continuation of the December series about our relationship with God.  Interestingly enough, I did not know this part of the series when I wrote that part.  This part has only now started opening up in front of me.  It would be nice to know and have a map of where a good place to start is and where I want it to go, but frankly, this is too big of a concept for me to do that.

So, this is your fair warning.  Next time, I’m going to start somewhere, and we’re just going to discuss this new concept and the incredible ramifications it can have when you begin to grasp it.  However, don’t worry if you don’t grasp it right at first.  Give it some time to develop both from me and in you.  I think you will be AMAZED at what you learn.

It just might not be presented in the way most math people would prefer!