I think one of the best things we can ever teach our kids is to stand up for themselves and for others.  I’ve never really considered just HOW this ability is passed on.  I know I got it from my parents, and I had always hoped to pass it along to my kids.  Well, I think somehow that’s worked.

My oldest daughter (who is now 15) and I had cause a few nights ago to put my “country” theory to the test.  I have always said that people who live in the country just naturally have to learn to do for themselves.  If something breaks, they don’t have the luxury of calling the landlord or the city to complain.  Instead, they have to find a way to fix it themselves.  For example, I always said, if our water well goes out, my husband is the one with the flashlight out there in the cold fixing the thing.

Then the other night hubby was gone.  We had one of those “cold snaps.”  It was like 8 degrees out there.  Well, he called and told my daughter that we needed to go put the heater on the well because he had forgotten to reinsulate the thing when we’d had problems with it some weeks before.  So this time it was not my husband but my daughter and I who had to get all bundled up and trek out there through the cold to go set up the heater.

On the way out there, she carried the heater, and I was telling her how her grandmother was always a very tough lady.  My mom always said she couldn’t figure out the whole thing of boys taking advantage of girls.  To which I always said, “Well, duh.  Boys would never think of taking advantage of you.  They know you would rip them apart and spit them out if they ever tried anything.”

My daughter laughed about that.  She knows her Grandma enough to know the truth of that statement.  We got to the well, got the heater plugged in and working, and all was well.  We came back in the house as the temperature continued to drop.  My daughter decided to take a quick shower so she wouldn’t have to the next morning.  I went to bed.  In about five minutes, here she came.  “Mom, we don’t have any water.”

No.  She wasn’t kidding.  We had no water.  So back on with all of the clothes for both of us and back out to the well as the temperature dropped even more.  My smart daughter grabbed the headlight they use camping, and we trekked back out through the cold.  In the well house we finally got a hold of my husband to ask him what to do as we figured out the heater had tripped the breaker.  That’s when he informed us that the breaker is in my son’s room in the house! UGH!

He also told us that we were going to have to drag insulation out there to insulate the well to keep it from freezing because the heater wasn’t going to work.  So back to the house we went.

As we were going, I said, “See, this is why those boys wouldn’t take advantage of Grandma because she grew up like this… having to be tough and just get the job done… cold, snow, whatever.”

That’s when my oldest said, “It’s like the other day, we were in P.E.”  (Now you have to know that the first semester my kind, sweet daughter who is not much on sports happened to take P.E. in a class with eight boys and her.  I was impressed by how strong she was through that–not taking any pushing by the boys AT ALL.  During the second semester two other girls joined the class.)  “We were playing basketball, and I don’t know why, but the boys like to throw the ball really hard at Mallory because she is afraid of it and can’t catch it very well.  It was her turn and the ball went bouncing away and one of the guys went to get it.

“She looked at me (my daughter) and said, ‘He’s going to throw it really hard.’  So I said, ‘Here, stand behind me.’  ‘But he’ll think you’re me and throw it hard at you.’  ‘It’s okay.  Just stand behind me.’  Sure enough, he grabbed the ball and didn’t see that we had switched places because he was running the other way.  He grabbed the ball, turned around, and just fired it at us.”

Now, you’ve got to know, my daughter was the one who had a TERRIBLE time learning to catch when she was little.  But her just-older-than-her boy cousin has come over often to play football with my kids in the backyard, and she’s got some skills now. 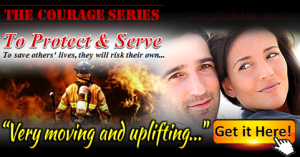 She said, “I reached up and I caught it right here (just above her head).  I pulled it down real slow to my side and gave him the evil eye and I said, ‘Don’t ever do that again.’”  She said, “He put his head down and said, ‘Okay.’  Then I said, ‘And don’t do it to Mallory either.’”  She said, “I looked around and all the boys were just standing there staring at us but I didn’t care, they shouldn’t be doing that to her.”  The guy just kept his head down and said, “Okay.”

She said, “I stood there for a minute and then I shot and made it and we went on with the game.  Funny, they quit doing that to Mallory after that.”

Not sure where she got THAT from, but WOW!  Seems to me she’s learned about standing up and not letting bullies run over people.

Oh, and we did fix the well.  Maybe we’re both tougher than I thought.