Have you ever seen excited?  Have you ever watched someone “get it”?  You know, that moment, shining in the vastness of eternity, when the moment before how to do it, what it was, understanding it was a mystery, and then suddenly… it’s… not.

This weekend I got to see excited twice, and both times I have to say it was the coolest thing ever!

The first was at Sunday School.  Now, for the record, I’m a weird teacher.  Nobody teaches like me.  It is rare that I lecture, and even when I do, I can’t help but ask questions, lots of them.  I don’t want to tell you.  I want you to learn to think for yourself.  So I’m going to say something like, “Satan was smart to go against God, right?”  “No.”  “No?  Why not?  What did he need God for…?”  You get the picture.  I challenge, I cajole, I tease, I test.

Last weekend, we had a sparse class–only about 13 showed up.  This week the floodgates opened.  We were scrambling for chairs!  It just so happened that this weekend was my favorite class of all (though it might have helped if we’d had a few more show up for the note-taking part of the lesson last weekend).  The lesson was on the saints.  Last weekend, we took notes–lots of notes about different saints, feast days, patronages, their stories, etc.  This weekend, we took those notes (and a whole bunch of papers I had made), and we played faith football.

Now, faith football is pretty much what it sounds like.  I break the kids into two teams.  We play 4, 10 minute quarters.  We have a kick returner (only one who can answer that question) and a quarterback (only one who can answer the other questions–with the help of all the other team members).  The quarterback chooses a “play” of 5 yards, 10 yards, or 20 yards (20 yard play questions are you really have to think type questions; 5 yards are pretty simple).  Kick returner fields the ball at the 20 and the team has to answer enough questions to get all the way down the field to make a touchdown.  If they miss a question, it’s a fumble and the other team gets the chance to recover.

Well, because so few had taken notes last weekend, I had a lot of kids who looked at me like they had no clue what was going on.  St. Cecilia?  Never heard of her.  But then the game took over, and WOW! did they get excited.  Both teams were scrambling to find the answers.  “I got it! I got it!” they would exclaim and race to the quarterback to give them the answer.  They answered so many questions, I ran out of questions to ask and finally had to start asking random things from my own set of saint papers. 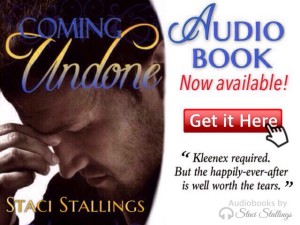 Now in my class, I give stickers.  Grades are out because no one cares, and it’s too hard because I might have a kid come one week and then skip three.  Stickers, however, work.  They get stickers in their notebooks for all kinds of things like bringing their Bible and writing the Bible verse of the day, answering review questions, etc.  Well, Sunday, the deal was the winning team would get 10 stickers (they get a prize when they get 20, 40, 60 stickers).  Several students were within 10 of getting a prize, so they were serious about this game.  They wanted to win!

Questions and answers, and answers and questions flew back and forth.  It was like being in a Saint Tilt-a-Whirl!  And then we got down to the last few minutes of the last quarter.  The Cowboys were behind the Steelers 14-21, and they were racking up 10-yard plays like you wouldn’t believe.  I had long-since run out of questions, and it was taking me forever to find new ones.  “Hurry!  Hurry!  Hurry!” the kids were jumping up and down.  Then miracle of miracles… the made the touchdown with 30 seconds to go in the game and with only 5 minutes left in class.  And what did 25 kids start yelling at me?  “Overtime!  We have to play overtime!”

Haha!  Now, I’ve done faith football with all 4 classes I’ve done.  Never have we come up with a tie, and never has any class scored so many points!  Overtime?  We didn’t have time for overtime.  “That’s okay,” they said, “We’ll stay!”  I laughed.  “We’ll break the tie next time.”  I laughed again.  Finally, I said, “How about if I just give everyone 10 stickers.”  You may have heard the rejoicing from wherever you are now.  Talk about excited!

After Sunday School, we went to my daughter’s volleyball game.  There was a young girl on her team that has not played before (she didn’t have a team so she came to play on ours).  Like most young volleyball players, she didn’t grasp the concept of moving toward the ball on the first game the day before.  It was more move out of the way of the ball.  On Sunday, she got a little special coaching about serving, and I watched her confidence increase.

And then that moment…  It’s like you just live for those moments sometimes.

She was playing and had tried to bump the ball a couple of times to no great avail.  And then…

She was playing left front, and the ball came over at an odd angle.  I still am not sure how she made that play, but she double-side-armed it sideways back over to the front left of the other side where the player missed it.  I wish you could have seen her face, and the faces of her new teammates.  You would have thought they all just won the lottery.  The confidence that she could do it shone on her face, just like it had on the faces of my kids in Sunday School.

I love those moments.  Seeing excited is the coolest thing in the world!