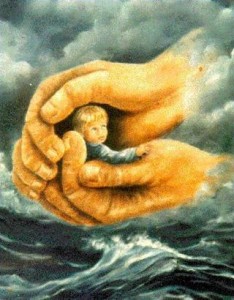 “Just rest in My arms awhile.  You’ll feel the change, My child.”

It seems like such a simple concept, doesn’t it?

Strangely, it’s a concept I’ve been “wrestling” with for awhile now.

First it was because I had so much to do that never seemed to get done.

Then it was because I had nothing I really had to get done.

In fact, last year, I burst into tears over having too much to do.

I think I’ve lived most of my life there.  I would run as fast as I could until I almost literally collapsed.  I’d endure the forced rest time and all the while “working through it.”

At one point earlier this year I even instituted “mini-Sundays” throughout my day.  Times that I would force myself away from the computer to go sit–for ten minutes–maybe eat a snack and watch the end of a show on HGTV.  Sometimes I even took 30 minutes, but I always spent at least some time either cleaning or folding laundry.

I guess it’s safe to say, I don’t do “rest” very well.  Which is about as ironic a statement as has ever been made because if you know me, you know I can take a nap at any time of the day and be asleep in roughly five minutes.  I could then sleep for hours and go back to sleep at night with no problem at all.  Thus, I have berated myself for being lazy in the past.

It was only when I really got hooked in to some writers’ groups and had people amazed at what I get done and how do I do it all and saying I must never sleep that I finally, maybe, realized that maybe, just maybe I’m not lazy at all.

So, I have started “focusing” on resting more.  Not sleeping so much as just taking a break.  Watching a movie.  Reading.  Taking some time to “sharpen the ax” rather than hacking away at the tree with the blunt object that used to be an ax–and my bare hands if need be.

Do you have a “rest” problem?  Do you need a time to go to the well and just rest?

I will tell you that the second part of that line “you’ll feel the change, My child” is absolutely the truth.

I can’t say I’m good at it yet, but I am practicing.

How about you?  Do you want to practice with me?