Patience hasn’t always been a strong suit of mine.  Sometimes it still isn’t.

A couple weeks ago, I got really antsy because I hadn’t been writing anything, and by anything, I mean… if it wasn’t the blog, it wasn’t being written.  I had plenty to write including one book that was about 150 pages from the end.  It had come to a dead STOP several months before.  I couldn’t have told you why.  Still can’t.  It didn’t even seem like that big of a roadblock.  It wasn’t like some I’ve encountered, where there was a thread that wasn’t making sense or something equally frustrating.

With this one, I just didn’t know what came next as in, “Okay. Now what?”

Frustratingly, I knew what happened after that, but this piece just wasn’t there.  And nothing I did was working.  I went back and read a good bit of the story.  Then I got to that sentence.  “If you want to, call him.”

Worse, I knew she DID call him.  But the words were not there for me to continue.  I was just… blank.

Now I have had some strange experiences with this kind of thing.  It’s kind of the reverse of a Holy Spirit Moment.  It’s more a Holy Spirit Stop Moment, and let me tell you, they are frustrating!

I mean, come on.  It’s a PHONE CALL.  I’ve probably written hundreds of them at least.  Why was this one so hard?  Why couldn’t I come up with the words to even get it started?

On Tuesday, I drove by a local church, one that always has a short witty saying out front.  This one was particularly relevant to me.  It said simply:

Patience is trusting in God’s timing.

I knew that was right.  I’ve lived through waiting for His timing enough times to know that His timing works, mine doesn’t.

So it was interesting when that day I sat down with my story, and it was suddenly there.  It was nothing earth-shattering.  It just took off.  I”ve now written another 90 pages since then, but here’s the thing.

I may have told you that there are certain people on the planet who really inspire me.  Tony Romo, Brett Farve, Keith Urban are three of them.  I can’t explain it more than they inspire me to get in there, love what I’m doing to the max, and just… LIVE!  No fear.  No regrets.

One such person that I’ve found in the last year is Nick Jonas.  (I know.  I know.  Hear me out.)  This is a young man who came out of nowhere with his brothers and became a worldwide sensation.  Now sometimes when that happens, the person has no grounding and the world just takes over.  But something happened to Nick when he was 14 that yanked him into reality and has kept him there.  He got diagnosed with Type 1 Diabetes.

At the time, he and his brothers were already making a name for themselves.  He was young.  He had the world by the tail, and all of a sudden, life came crashing down around him.

So last night I was searching iTunes for some of his music because he’s one who really inspires me, and they had put up a concert he did back in January.  During one song, “A Little Bit Longer” that he wrote about getting the diagnosis, he spoke about how most of the time he’s very positive, and he speaks about the diagnosis and fighting through it and not letting it stop you.  But, he said, there was one moment he doesn’t talk about much, one moment when going on looked like more than he could do.  He said, “It was the moment I asked, ‘Am I going to die?’”

I don’t know what it is about how he says it, but you can FEEL the fear and the sadness of knowing the life he had planned might never happen.  You can also hear the temptation to quit because it’s all pointless anyway.  Hearing it, you know, this kid isn’t just telling a story to get the audience on his side.  He’s really sharing the deepest most painful moment of his life.  Why?  Because I think he gets it that he’s not the only one who’s ever been there.  He understands that everyone has those defining moments, the moments that change who you are forever because they change how you see life itself.  It’s saying, “Look, I’ve been there.  Don’t give up, okay?  Because tomorrow is possible.” 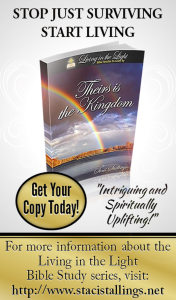 Today, I did a little more searching, and I found a short clip of him with a young girl who had been diagnosed with diabetes as well.  He has her up on stage because at his concert during his song, “Who I Am,” people hold up signs “defining themselves.”  “I Am a Teacher.”  “I Am a Daughter.”  “I Am Hopeful.”  This little girl’s sign apparently said, “I am a Diabetic.”  Which is just like the sign he holds in the video.  So he called her up on stage, and he’s asking when she found out and how she’s doing.  He tells her to chase her dreams and never let anything stop her.  It is the most touching thing because it is honestly like it’s just him and her, no stage, no audience.  He didn’t have to do that.  He didn’t have to acknowledge someone else who is struggling and give them a special moment in the limelight.  He didn’t have to, but he did.

That’s the kind of person I want to be.  Open.  Honest about my journey.  Sharing parts of me that maybe I’m scared to admit.  Why?  Because in sharing my story, someone who is struggling might find a little hope, a little assurance, a little peace.

Not sure I can explain why, but those two little clips of him sharing himself opened the floodgates of my life.  I wrote today.  Just wrote.  Being me.  Letting my life and my experiences pour out into the words through the characters.

I think that may have been what God was waiting for.  I’m so glad I chose to follow instead of forcing my agenda on life.

I would never have thought that freedom would come from being patient until now.

God is so cool!