I want to introduce you today to my role model.

My role model always knows the right and good thing to say and do in any and every situation.  He never panics, always has a smile on His face, and can bring victory out of certain defeat.

My role model is awesome at scheduling, fantastic at teaching me to relax, and my absolute best friend.

Now before I go any further, let me tell you about my last two weeks and you will see why who I’ve chosen for my role model is so incredibly important.

First, my business emails shut down not allowing me to send anything.  Then my computer started to freak out.  Shortly thereafter my laptop followed.

Trying to get the email fixed, I contacted a computer rescue company only to find that not only had that computer been infiltrated with a virus, but the virus had hit my network as well–taking with it my laptop and the laptops my kids had been using.  After a frantic call to India, all was fixed… or so I thought.

Two days later in the midst of finalizing plans for the $100,000 fundraiser for my son’s school that I’m in charge of… my computer flatlined.  (The blue screen of DEATH!)  Not only did it flatline, but so did my network — including modem and all Internet access.

Now maybe you don’t know this, but I have 3 businesses that I run completely on the Internet, so this was no small, inconsequential challenge.  We were completely without Internet access for two days–during which a major promotion started on one of my sites.  (BREATHE, STACI!  BREATHE!)

My provider did manage to get me back on the ‘net, but when I took my computer to have it fixed, sparks flew out of it!  Yes… breathing has become very important.

The next day my kids started school.  If you’ve ever been around for the start of school with three kids, you know it is not a calm time.  We made it through that… still no computer.  And now I’ve had time to really assess the situation, and it has occurred to me that even when the computer comes back as a new model, I will have lost all personal emails for the past 3 years, all personal email contacts as well.  I will have to re-enter all checks and deposits for four companies at least back to June and maybe back to April.

My daughter’s slide show that she has redone 4 times was almost completed on that computer, and we don’t know if it is some of the information that was saved on the hard drive, which we miraculously got back.

I will have to put all of my programs back on it (first, I will have to FIND them all).  I have lost all of my favorites which stretched two screens with multiple pages held in each folder.  That’s all gone.

In the middle of all of this, I got word that my virtual assistant ALSO lost her computer, so the little I was doing before was even further reduced, and sales showed it!

Then my knee started hurting… badly!  Then I got the first migraine I’ve had in over a year.  I figured out (finally) that was due to the laptop.  So in the middle of everything, I’m limping along, up and down stairs at school, looking like one more step might just do me in.  ”Challenging” is a great word for it!

And that’s the stuff I know about.  Yes, I had/have Carbonite, and yes, I’m looking into how to save stuff better next time.  But suffice it to say, it’s not been an easy couple of weeks.

THEN… on Tuesday evening, I got a call from my husband, “When was the last time I had a tetanus shot?”  (My husband works in construction, so that is not a comforting question.)  Come to find out he had been drilling something and got hit in the lip.  He was in the ER awaiting stitches.

I no more than hung up with him than the phone rang again.  It was my daughter, “Mom, what do I need to do?  I just had a wreck.”

So, let me again introduce you to my role model.  His Name is … God.

Without God this past week and His assurances that despite what it looks like on the outside, He’s got it all under control, I would be freaking out right now.

I don’t know why all of this has happened.  I suspect it has something to do with Satan trying to get me to give up and shut up, go home and take my ball with me.  I suspect that very much like with Job, Satan is saying, “I bet if she can’t walk, that will take her out and make her turn on You, God… I bet if her sales take a digger, that will frustrate her enough to make her quit… I bet if I throw one more challenge at her, she will completely lose it…”

But it’s interesting because in the midst of all of this, I learned one thing about Job that I had never before considered.  I knew pieces of that story–Job talking to his friends who told him it must be something he did.  How God told Job, “Look at leviathian which I made.  You, Job, could not make a leviathian.”

Somehow I missed the fact that Job talked to God!

Yes, Job was not happy with his situation, but he was smart enough to go and talk with the God Who was the twirler of the stars.

It has been very interesting to me because in the center of all of this chaos in my life, I have not felt panicked or worried or fearful.  I know God has a reason and a solution.   I know I don’t have to come up with a solution, and I don’t even have to figure out why.  God’s got the why, and He’s holding the how.

When I look at Him, I see perfect peace and patience even in the midst of the chaos swirling around Him. 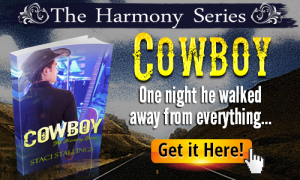 I said the other day on Facebook that reading through my timeline is like being on a roller coaster… “We baptized our baby!”  ”We found out it’s cancer.”  ”I finished my book!”  ”I lost my job.”

It’s crazy sometimes to think that God can be personally and uniquely involved and loving for each and every human because frankly, sometimes it’s hard for me to keep up with my own roller coaster.

Yet God continues to show me His mercy and patience and kindness and love… despite the storm.  Not because He’s not in the storm with me, but because He knows His love is more powerful than anything the storm can throw at me (us — Him and me!).

“In the end, three things will last — faith, hope, and love.  And the greatest of these is love.”

And from that perspective, with God right here in the wind and the waves with me, I know somehow we’re going to get through this!