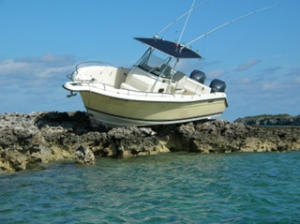 “When nothing can satisfy,

and the world leaves you high and dry,

just come to the well.”

If you’ve lived very long and helped with enough projects, I’m sure you’ve been left high and dry at least once.

I used to get really upset (read ANGRY) about being left high and dry, and I still have my moments.  But I have learned two things:

#1 The world absolutely WILL let you down, and at exactly the worst moment possible.

#2 God’s always got the answer if you learn to immediately go to the well, seek Him and His solution.

A great example of this was a few years ago.  We were going to stage the Stations of the Cross for my Sunday School class.  I’d been working on this for several weeks, getting the actors, getting readers, sewing costumes, getting the music and everything else ready.

The morning we were going to do it, we arrived early to get the costumes and set ready.  We had about 15 minutes between church ending and Sunday School starting, and no one had practiced together.  I knew this was going to be a challenge, and I was right.

But by that point I had also learned to rely on God and that when the world throws a monkey-wrench at you, God can use it in ways you never imagined.  So here I am running around trying to get everyone in costume, make sure the mics work, telling people where to stand for each station…

When one of the dads of the kids walked in.  Now I had chosen most of my actors from the kids’ parents.  He comes up and calmly tells me that his wife is not going to make it to play Mary, but he thinks she told this other lady to come in her place.

Prior to my understanding that God’s got this in hand and I don’t have to panic, I would have PANICKED!  But there really wasn’t time to panic, and I had to trust that God had something different in mind.  Sure enough with five minutes to go, the second lady shows up–clueless.  “She said I was supposed to come over here and do something about Mary…”

In about 10 seconds flat I had her in costume and her sunglasses off her head (a major accomplishment!).  In three more minutes, the kids arrived.

I will always remember the picture she made when they put Jesus in her arms later that day.  Beautiful.  Perfect. 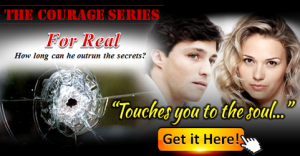 God knew.  Even when the world left me high and dry, God knew just how to make it right.  And who knows, maybe that was His plan all along for her to play Mary and show up like she did.  I know that after that incident she and I became friends, and we’ve partnered on several other God projects.

What I have learned is that when the world leaves you high and dry, rather than panicking, freaking out, getting frustrated or angry, go to the well.  As soon as you possibly remember.  If you don’t have time for a long visit, breathe and say, “Okay, God, show me what YOU have in mind.”

A friend of mine once told my mom, “It’ll work.”

They were doing a donation meal, and someone didn’t show up with something they needed.  My mom was freaking out, and he said very calmly, “It’ll work.” And he was right. It did work.

Maybe high and dry, totally reliant on God isn’t such a bad place to be after all.