If you’ve been reading the blog long, you probably remember when my six-year-old son’s kindergarten class experienced the loss of their treasured iguana/bearded dragon.  In that post, I related how my son told me they sang “God Bless America” because that was the only song the whole class knew.  Well, unfortunately, God Bless America has been getting a workout at our house this last week.

First it was the hamster, Ash, that we had agreed to keep for the summer for my middle daughter’s class.  That was tough because although I did not want Ash to begin with and although the teacher had assured me that it was all right if Ash didn’t make it through the summer as he was already nearly three years old, honestly I had grown quite attached to the little guy.  I would hear his wheel squeaking every morning about six a.m.  He freaked me out running around, corralled by my children.  I was worried about what would happen if one of our cats happened to get into the house.

But somehow, I liked looking in his cage and talking to him for no reason.  He couldn’t talk back, didn’t even really make noise.  There was just something about his LIFE that was fascinating.  So losing Ash was rough.  Worse was that it wasn’t a quick death.  We knew he was dying that morning, but there was nothing we could do about it but wait.  When he finally died, I dug my first grave (not an easy task emotionally or physically), and we buried Ash.

When he was buried, I tried to steer the song to something a little more traditional–Amazing Grace, but I quickly got drowned out by the West Texas wind and two of my children singing, “GOD BLESS AMERICA, LAND THAT I LOVE!” at the top of their voices… WITH their hands over their hearts.  Somehow I will never get that image out of my mind. 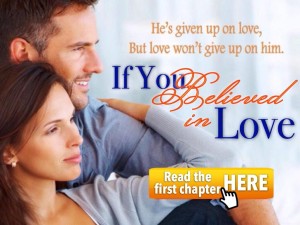 Wishing we had done a better job with Ash, we went to the pet store and brought home a new little friend… Mocha.  Mocha was a cute little gray hamster with lots of energy.  I was afraid that the water thing might be an issue because of how his water was in his cage at the pet store and how it was different here.  But my kids kept telling me that they saw him drinking, and there were water marks on the little piece of wood.  But Mocha proved to be a very quiet and to himself hamster.  He would burrow and stay burrowed most of the day.  Unlike Ash, he wasn’t often out and about.  That worried me, but I hoped it was just a phase.

Add to that, that he’d been in a cage at the pet store with his two brothers, and I wonder if he just didn’t get too lonely.  Whatever caused it, my six-year-old found Mocha huddled next to his house, and he wasn’t moving.  That was yesterday evening.  So I figured we’d have another pet funeral this morning.

Unfortunately before we got to Mocha’s funeral, we backed out of the garage this morning in the van and hit a “bump.”  The kids (all three in the van) said, “What was that?”  I was afraid.  I had been carefully using my mirrors every time I backed out because I had run over one of our cats last year, and I didn’t want to repeat that horrible experience.  Well, it had happened again.  I will not relate to you what I saw when I got far enough away, but it was horrible.

When we got home, we had to dig TWO graves.  One small.  One larger.

My brave children as I was digging went to get the two animals.  As they were coming back, my oldest daughter called through the trees, “Mom, close your eyes and hold your nose.  You don’t want to see this.”  (Yes, if you’re wondering, I know I should have gone and gotten the animals, and I would have, but they didn’t give me a chance.)  They put the cat into the hole and covered it.  Then they put the hamster in the other and covered it.  Once again, in the hot West Texas wind, we stood around humps of dirt and sang God Bless America.

Now I’m not good at losing little lives that I truly love, so I wrote to Dennis to tell him of the events of this morning.  I told him that I will never get the image of that dying cat out of my head, to which he replied in true “wise Dennis” fashion, “Maybe you’re not supposed to.  Maybe that’s a reminder of how precious life is.”

I have to say, though I wouldn’t have chosen the reminder quite this way, I think he’s right.  The images of death and of my children paying tribute to the lives that were will stay with me forever, and maybe… just maybe… that’s just as it should be.