Who’s Got the Remote?

I live with three children.  Okay.  They live with me, but sometimes it feels the other way around.  My temperament likes to sit and write and read and think.  That doesn’t always mesh with theirs.

The thing that drives me the craziest is the fighting.  True story:  My sister and I did not fight at home.  We honestly didn’t.  We had one fight that we both remember which resulted in her stomping out of the room and slamming the door.  That was it.

Somehow that cool, levelheadedness did not make the generation jump especially with my youngest two.

Now maybe I’m being too hard on them.  Maybe they are just immature in their social skills but they fight more than any two people I’ve ever been around on a long-term basis.

And they fight over goofy stuff that makes no difference at all.  In fact, sometimes I think they fight just to fight!

That’s why when I heard something today it clicked.  It wasn’t a long something, but it was profound.  It was about our emotional state and how when we live and make decisions from an emotional state, we are literally handing over the remote of our reactions to someone else.

Have you ever sat down to watch television and someone else had the remote?  Then you probably can relate to this lesson.

No matter what you want to watch, if you don’t have the remote, they will annoy you.  Guaranteed.

This is exactly what happens when you choose to operate solely from your emotions.  Everyone else can push your buttons at will. 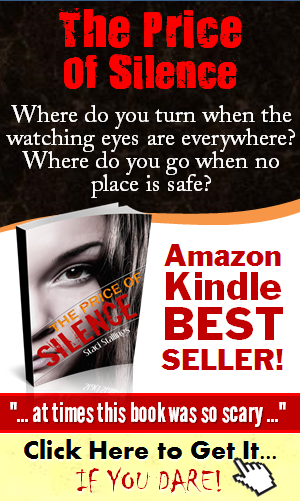 I believe this is what is happening with my kids.  They know how to push each others’ buttons.  It might be something as simple as an eye-roll or a shake of the head and off we go.  They magnify through their emotions the action of the other person.  They take the action, think the worst thing possible, and the fight starts.

Are you like that?  Do you live through your emotions?  Can someone set you off just by ignoring you or not doing what you want them to do?  Maybe it’s time to take a little emotional check and take back the remote control.

When someone does something you don’t like, remember YOU have the choice how to react.  YOU get to decide how to respond.  YOU do.  Not them.

Don’t let someone else hold the remote control of your state, or you will be in for a very long and miserable time. In fact, better than you holding the remote, why don’t you give it to God?  let Him decide how to respond.  Let Him filter the situation through His Love and show you what to do about it.

I’m telling you, that is a WHOLE lot better than being yanked around at the whims of others or at the white-knuckled grip of yourself.

So who’s holding the remote control of you life?