If you’ve ever watched basketball, I’m betting you never said, “Wow! Look how important the little pinky is to everything the players can do!”  I sure never did–until last Friday.  My middle daughter played her first fourth grade game.  She played a grand total of 7:24.  That’s one quarter plus 1:24 in the second quarter.  And she was good.  Very good.  She could dribble with both hands, switch off, fake out.  She was fun to watch.  And then, 7 minutes and 24 seconds into her basketball career, she got caught in traffic, someone pushed, she tripped.  At first I thought it was a knee, and it was.  But even after her knee looked better as she sat on the bench with her dad, she didn’t go in.  After the game, I found out why.

So she sat out the game the next day.  We soaked it.  We popcicle-sticked it.  We wrapped it.  In two days it was feeling better (I think she had pregnancy amnesia.  You know, when you want another child SOOOOO bad that you somehow develop amnesia about how bad the prior pregnancy was… Something like that.  Because she convinced herself she was going to play.)  We tested it out, and being the mother who doesn’t want to coddle and baby her children if they don’t want to be, I let her play.

And she did.  Hurt finger and all… for one half of a game.  Twelve minutes. She dribbled with both hands, passed, and even shot, got fouled, and had to shoot two free-throws.  But it was clear the finger was hurting.  So they took her out at half-time.  Then another girl on the team got hurt, and with only six, they needed my daughter once again.  So she went in for 45 seconds.  Then she picked up a dribble and the player for the other team grabbed it, a fight for the ball ensued, and when the ref finally got them to hear the whistle, all I heard was my daughter screaming in pain.

That was, in all likelihood, the end of her basketball career.

Three doctor visits later, it was determined that she mostly likely fractured the growth plate at the base of her little finger.  She’s out four weeks–the length of the season, to which she said, “That’s really okay, Mom.  I would be afraid to go out there again.  I don’t want to get hurt again.”

Now this may sound like a rant, so you can take it or leave it–but when did children’s sports become a blood-bath?  We played three basketball games.  Fourth grade GIRLS, and TWO of our 7 players are now making the doctor rounds with X-rays and MRIs.  And it’s not just us.  I went and watched 7th and 8th grade boys play a week ago.  By the end of two games, they had destroyed three pairs of glasses and two ankles.  How is this even fun? 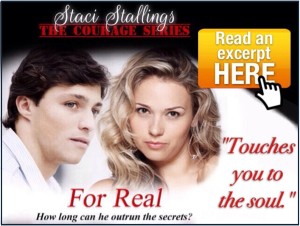 I know it is for some kids, but for the majority, what’s the point?  Are we teaching our kids that taking out the opposing team is not just okay but the point of the game?

Worse, I think this applies not just to basketball but to the way too many now are “playing” life.  They teach their kids to do “whatever it takes to win.”  The problem is, like my daughter’s pinky, these children–our children are vitally important pieces of the puzzle–OUR puzzle.  God’s puzzle.  And so are each one of us.