Once Virus #1, Shame, began corrupting our God Operating System, it quickly became a Trojan and opened a back door entrance for its counterpart:  Fear.

Fear builds on shame.  Shame says, “You are defective.”  Fear says, “You’d better not let anyone find that out.”

Shame told them they’d done something horribly wrong.  Fear told them to try to blame someone else in a vain attempt to try to get out of taking responsibility for what they’d done.

Shame is the cause.  Fear is the result.

Fear manifests in our fallen/twisted/corrupted operating system in many ways.  It tells us to hide, to never let anyone see the real us, to put pink paint over deep and deadly problems lurking in our souls.

Fear says, “You can’t say anything! Don’t tell anyone about this.”  Fear is the root of “Don’t Talk About It” Syndrome.  You know, that thing that says, “Don’t tell anybody. It will embarrass our family.”  Or maybe it just works silently in your family or your life when you get the message that pretending everything is fine when it totally is not is far better than being honest.

So we learn that we are defective and that above all else, no one can ever know.

Talk about a deadly one-two punch!  No wonder God said if they ate of that tree they would die.  It wasn’t a physical death.  It was spiritual poison!

“You’re defective, worthless trash, but don’t ask for help.  In fact, don’t ever let anyone suspect this because they have it all together, and if they knew how much you were struggling, WHAT would they think of you?!  Why, they would think even worse of you than they do now if they ever knew the real you.”  OR… they know the real you so they can never, ever accept and love you.  Kiss their approval and love good-bye because that’s over, sweetheart.

Now that I see it in this light, I realize THIS was the exact thought playing on-loop in my brain when I made a B in reading in 5th grade.  You see, up until that B, I had always made A’s.  I had come to believe the only reason I had any worth at all was because of my grades.

When I didn’t have the grades to “cover” my naked shame of being secretly defective, I lost it.

What have you “lost it” over?  What are you “covering your naked shame” with?  What fig leaf are you using? 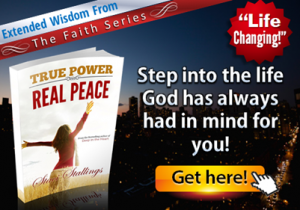 Perfect behavior?  Appearance?  Winning at sports?  Playing an instrument?  Being a great friend?  Working in the church? Money? Status? Power?

When shame has corrupted our operating system, even “good” things we do don’t make us feel any better for more than a few moments at a time, and some people come to believe that that much is the best you can even hope for in this life.

We have been corrupted by the beliefs that we deserve to have the shame, that we should fear anyone finding out, AND that this disease in our souls is permanent–that there is literally no way out.

Well, guess what?  Inherent in the real life experience of my computer coming back online, I have learned more lessons about how we don’t have to live in shame and fear forever!

Stick around, this is about to get really exciting!