The Test of Faith

In the midst of all of this, I have been reading a fascinating book called, “The Way of Peace” by James Allen.  Now apparently this is an old book, but I have it on my Kindle, so it seems new to me.  The book centers around peace in the storm–how to find it, how to maintain it.  Basically, the secret is this:  Find God and hold onto Him no matter what happens around you.  Center your life on His immovable, unchangeable principles, and the buffets of life will be seen as temporary and “handleable.”

One of the things I would point out about this is that when you get your life set and centered on God, you realize that it’s not YOU that has to handle the storms at all.  It’s Him.  Your job is to trust Him as much as possible and when you fail at that, trust Him to grab you anyway.

This quote stuck out at me:  “It is the hour of crisis which decides who are the minions of darkness and who the children of Light.”

Here’s the thing… I’ve been through one crisis during which I lost my faith, but what I found at the end of my faith was His.  He reached out, literally, through my storm and grabbed me and held me up.  In that, I realized that making it through the storm is not about MY ability or my strength… it is about His.

One of my friends, seeing that in the midst of crisis I am most often calm, decided to test me.  “Well, but what if this happens?  What if it doesn’t work out?  What if you lost everything?  What if the worst happened?”

I told her that the worst has happened… repeatedly.  What I prayed for was not answered the way I wanted it to be.  My brother died.  So did my brother-in-law.  My church burned down.  My daughter was born early.  I got nickel poisoning so bad I almost died.  My son still has dyslexia.

But what I’ve learned is that God is on the other side of even the worst thing that could happen.  He’s STILL there.

He doesn’t abandon you at the point of greatest impact.  He’s still in the car, or on the bridge, or at the funeral.  He’s STILL there. 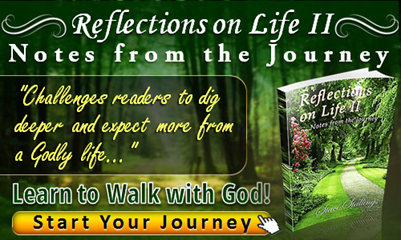 I remember the story of a local pilot who while crop-dusting got the plane tangled in some high-line wires.  The plane plummeted and crashed, and he was badly injured.  In the hospital later, his young daughter came to see him.  She looked at him and said very solemnly, “Daddy, your guardian angel must be a boy.”  “Why’s that, darlin’?”  “Because a girl angel wouldn’t have stayed in the plane that long.”

God stays in the plane.  He doesn’t bail when things get rough.

See the test of faith is not so much a test of how much we believe in Him but a test of Him so He can show us how loyal He is to us.  He shows us, over and over and over, if we let Him, that He is ALWAYS there.  No matter the storm–financial, health, other people, ourselves.  God doesn’t get out of our plane when we get tangled up and crash.  He is there… no matter what.

OUR part is to realize that and breathe into it, taking that faith into the next crisis.

He will be there, too.  That’s not a promise.  It’s a guarantee.