The Amazing Power of Prayer

I have a friend.  Actually, I have a lot of friends, but this story is about a certain friend of mine.  I’ll call her Amy.

Now Amy and I have never met face-to-face.  She was a reader who contacted me (not even sure when or how), but over the course of several emails and Facebook messages, we became friends.  Then very good friends.  Eventually, deep, Holy Spirit friends.

We have shared ups and downs along the way, giving support and prayer and encouragement to one another.

So when I got a frantic message on Facebook from her the other night, I wasn’t overly surprised that she would contact me when a crisis hit.  This particular crisis is one of those that only a farmer could fully understand.  Having lived on a dairy farm my whole growing up life, I understood the epic proportions of the looming disaster completely.

I can’t go into all of the details, but the basic outline was that it was literally freezing outside (temps hovering in the 0-degree range), and a critical component of their operation sprung a leak that could not be fixed by normal means.  It was too high up, the tank was too full, no one could get out there because it was freezing cold, and it was night time.  And the leak could literally mean a disaster of tragic proportions for their family.

And here I was thousands of miles away.  What could I even do?  Amy became increasingly distraught as the situation became dire and headed downhill from there.

So at first we prayed.  Yes, over Facebook ~ chasing Satan away from the farm, calling on Jesus for help and guidance and wisdom as to how to stop this leak, asking, literally for a miracle because we needed one.

When we finished praying together, I felt God saying to call in all the prayer warriors I knew of because truly, what we needed was a miracle.  Nothing short of that was going to do much good.

So I went to a small prayer group I have on FB and put out a call for prayer.  Having done that, I went and put a message on my timeline and then a message on my Christian writer’s group.

Within minutes I began to get likes and people coming back with, “Praying!”  and “Will pray!”  and “Praying for a miracle.”  Even though, literally, all I had typed was:

“I have a friend in serious need of prayer right now. Can’t go into details, but God knows them already. Please prayer for a miracle! Thank you ALL!!!!” 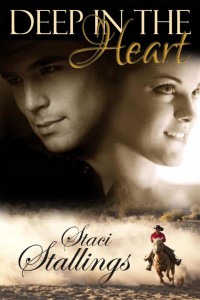 That was the post.  No details.  No specifics.  Just a call to pray for my friend — that none of them even knew!

Then Amy FB’d to tell me her husband wanted her to go out to see the leak… in freezing temperatures.

Knowing in my spirit that God was going to give her the answer, I said she should go and then prayed like crazy that God would keep her warm and safe!

The last I heard that night was the thing was still spewing even though they had managed to stop some of it.

I went to bed praying… for a miracle.

I woke up praying for a miracle.

Only to get online and get a message from Amy.  Her husband had just called overwhelmed with disbelief and gratitude.  The thing they put in it to stop the leak had held, and the liquid had then frozen around it!  The leak was stopped!!!!

Over the coming few hours, Amy shared with her husband and her children that others were praying for a miracle for them.  As amazement and gratitude spread, I posted a thank you and a request to keep praying for this family — that the solution would hold until a permanent one could be found. Once again, a flood of likes and “I’m praying”s came in.

When the man who could actually help remedy the situation showed up the next day, he looked at their miracle and asked with no sarcasm at all how hard they had been praying!

I have seen it.

I have watched God do AMAZING things when His people band together across miles and miles, not even knowing one another or the exact situation.  I have seen God step in and literally perform miracles that others who see it later recognize as a miracle.

If you don’t have a network of prayer warriors, now is the time to start one ~ even if it’s just on Facebook with your friends.  Ask them what you can pray for them for, and then do.

Be the nexus of a God circle that can be called into prayer action in a heartbeat.  When a crisis hits, you will forever be glad you did!

Oh, and not an afterthought but an all-the-time thought… THANK YOU, GOD FOR WORKING MIRACLES even in 0-degree temperatures and in the most desperate of situations!