I remember my first encounter with driving on ice like it was yesterday.  My younger sister and I headed to school in my Pontiac 6000 (cool little car!).  We made it all the way to the only real turn we had, and when we turned… well, the car just kept turning.  We ended up facing the direction we had come.  Breathing and freaking out, we made the big block and arrived at school safely.

Since then, I have been very conscious while driving on ice to slow down LOOONG before I get to a turn and be very careful on said turn.

Now I live in the Texas Panhandle, and as a general rule we don’t get that much snow.  Oh, we get snow, but it’s generally one BIG snow (8-12 inches) and dustings if anything beyond that.  We also have normal temperatures in the 40′s and 50′s, so when we get snow, it melts rather quickly and we’re done.

Last Thursday we got our first BIG snow.  Twelve inches.  They canceled school.  Great.  Kids home for the day to play in the snow, no problem.  But then they canceled school on Friday as well, which I, having been indoors the whole time thought was kind of odd.  School canceled one day, not too unusual, but two days running?  That never happens.

On Saturday, a full two days after the snow, I was going to take my kids to a doctor visit that had been previously scheduled.  Really I did not think this was a bad idea.  I should have had my first hint when my husband (who had been out 2 hours the night before and 2 hours that morning, doing donuts on the go-kart in front of our house) said, “You’re really going to go in? What are you going to do, drive 5 miles an hour?”  He’s usually fearless, and he was worried.  That should have been a clue.  But I’ve lived here a long time.  Snow just doesn’t last THAT long.  I assured him we would be fine.

Well, we were, but that was no thanks to me!

Driving in, we spun, literally… as in all the way around, skidding the whole way.  It was on a two-lane highway that is normally well-traveled, but thankfully we were the only idiots out there that morning.  We did get to the doctor after that (I know. I know).  Then we got stuck trying to get out of his driveway.  Four kind strangers and my daughter pushed us out.

When we finally got home, I told my kids as we were pulling into the garage with nary a scratch on anyone or the van, “Say, Thank You, Holy Spirit!”  Guarantee, He was the One who got us home safely!

On Monday, school started again.  It had been FOUR DAYS since the snow, but my first clue that it was still not safe to drive was that I got stuck in our driveway the night before, and then I got stuck again that morning.

The only way I can describe the drive on Monday morning is harrowing.  Cars were EVERYWHERE.  The snow and ice were still covering everything.  Then we got to the residential street leading to my daughter’s school.  It was a 7-block nightmare.  The snow there was still really deep.  We met our first stuck car halfway down the first block.  I had learned via the driveway escapades not to stop.  The second you stop, you’re stuck.  So I didn’t stop.

We met the second stuck car, which was being pulled out by a pickup, that came very close to hitting us on the second block.  By this point we were on the wrong side of the road, having gone to that side to avoid the stuck cars.  Another car coming the other direction met us on the right (that is a weird sensation).  I was so freaked out, I said, “Why is that car on the wrong side of the road?”  My oldest daughter said, “Because WE ARE!”  OH.  Yeah.  Right.  Huh. 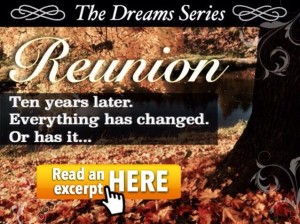 We met another stuck car about five blocks in.  By that point, my nerves were shot!  When we got to the school, I let my daughter out on the road (I know, but if I would have turned into the parking lot, that would have done us in).  Then a block from where the driving actually got sane again, we met another stuck vehicle.  Poor thing.  It slowed down to make the turn and stopped for a half second too long.

I did make it home on Monday.  Got stuck in my driveway that afternoon trying to get out to get the kids from school again.  Thankfully the Holy Spirit had seen fit six months ago to give my husband a cabinet job, so he was over across the street and could come help me get the van out.  I swear I’ve been thanking the Holy Spirit more in the past week than in my whole life!  Just getting from here to there safely is major.

Thankfully, the snow and ice had melted by yesterday.  Yea!  Finally. Then we woke up this morning… to five full inches of new powder.  Lovely.

I have to say, I’m getting better at driving on snow, but I still think it’s only because I’ve got the Holy Spirit right there.  I just hope He’s not laughing at me as much as my kids are!