Close Your Eyes, Say a Prayer, and Kick It

I truly love how many life-changing lessons from God are brought home in the simplest of situations.  Recently one such situation was related to me from my younger sister.  Her son is playing soccer for the first time this year.  Being a natural athlete, he took to this sport with his usual grace and ease.  Apparently the whole team has gelled well.  Going into the game that night they were undefeated.

The problem was, so was the other team.  It was a battle of defenses the whole night.  In short, regulation time expired with a 0-0 tie.  Now in soccer, ties are decided on sudden death kicks. At this level each player on each team gets a free kick.  After one team goes, the other goes until the tie is broken.

My nephew was chosen goalie for the overtime period.  All five of the other team lined up, and one by one, they took a shot at the goal.  One by one, my nephew stopped the balls until all had tried, and the score was still 0-0.

After a trip to the opposite goal, my nephew’s teammates each took a shot. By the end, nine players had taken a free kick, but not a single one went in.  Last to go, my nephew stepped up to take his kick.  He closed his eyes, took a breath, and with quiet determination sent the ball flying into the upper left corner for the only goal of the game.

As she recounted the story, my sister said, “I wish every parent on earth had the opportunity to watch their child just once make the winning goal.  He was jumping around the field.  He was so excited.  It was awesome!” 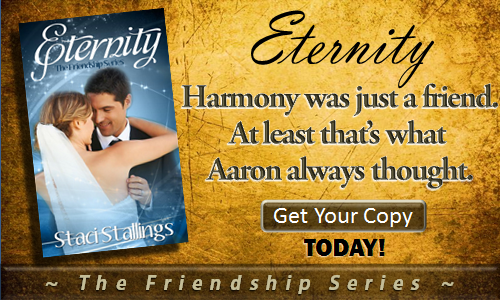 Then she related the rest of the story—you know the part that was going on but that you couldn’t see from your seat in the stands.  My sister asked her son after the game, “So, were you nervous standing out there waiting for your turn?”

He said, “No. I just stood there and prayed while the other ones kicked.”

Very cool answer.  But wait!  It gets better.

My brother-in-law, ever the one to plan and strategize asked, “So, were you trying to make it in the goal right there at the top?”

You’ve got to love the answer my beautiful nephew gave.  “No, not really.  I just closed my eyes, said a prayer, and kicked it.”

Such profound wisdom from one so young.  How often do we stand on the field of our dreams—paralyzed by the thought that we might miss this shot and lose it for the whole team?  How often do we analyze, twistize, and strategize ourselves into pretzels trying to figure out the best way to do it, what we can do to win the game, and what happens if we don’t win?

But here’s a great secret. If you are on God’s team, it’s not up to you anyway.  Just close your eyes, say a prayer, and kick it.  Do your best, and then put it in His hands.  Trust me on this, if you do that, you will win far more games and get to jump all over that field in victory as your Heavenly Father looks on with pride, joy, and excitement as He watches the child that He loves so very, very much celebrate the great victory of a life well-lived.

The Stones Would Cry Out

By: Dennis Bates When Jesus made his triumphant entry into Jerusalem on Psalm Sunday, there were those who tried to get Jesus to scold his disciples for making so much noise. Jesus simply suggested that if he did, then the stones themselves would cry out. Why? Because this was just one of those occasions…

I Want Them to Say…

By:  Staci Stallings             The other night I got to talk extensively with one of my favorite Holy Spirit friends-my sister.  Since we both have families to keep up with now, that doesn’t happen as often as it used to, so we really took advantage of this time. Late into the night we talked…