I love teaching Sunday School because it forces me to think about how to explain the vastness of God’s love and mercy in concrete ways that fourth graders can grasp.  One of the lessons we do every year is the God maze.

In fourth grade, one of the central things we learn is the Ten Commandments.  Now when I learned the Ten Commandments, there was a component to it that they were somehow the yardstick with which God was either going to measure if you could get into Heaven, or beat you over the head with depending on the circumstances.  Since I don’t view them that way anymore, I wanted to find a way to explain to the kids WHY they are important, not just what they are and in what order they come.

The way I found to do that was to explain how they are like guardrails, showing us where to turn in life.  Without them, our feelings and our wants would take over and our lives would go crashing off the side of the cliff.  For example, if no one ever told you that lying was wrong, it certainly feels like the right thing (most practical thing) in some situations.  It will, at least in the short term, get you out of trouble, and if all you’re thinking is short-term, why not lie?

Now if you know the Ten Commandments that God gave us, the first answer of why not to lie is because God said not to.  And to some extent and for awhile that will work to keep you from lying.  However, if you don’t understand the underlying reasons WHY lying doesn’t work, you may decide God was just trying to make you miserable with that one and disregard it.  But if you lie and you keep lying, eventually that behavior is going to land you in a whole heap of trouble.  That’s what God was saying, “Don’t do this because you’re not going to like where it leads.”

As we are doing the Ten Commandments, we also do three weeks on each person of the Trinity–Father, Son, and Holy Spirit.  The first week is on God the Father, and during that week we do the God Maze.

It’s funny because I’ve now been doing this lesson for five years and every year it works.  You would really think one year I would get some kid who is super good at mazes that would beat it, but it hasn’t happened yet.

The first maze the kids get is exactly like the second.   The mazes themselves are the same.  So it’s not like the first is hard and the second is easy.  They are both the same maze. But they are different.

The first maze–the World maze–is just the maze, and it is hard.  It randomizes the path so that you think you’re going on the right path and all of a sudden you’re at a dead end.  On this maze everyone in the class is given a pen.  The instruction is, “I will give you three minutes.  You must mark your maze–no doing it in the air or with the back of the pen.  You are to start on one side and go all the way through the maze with no mistakes!  If you can do that, in three minutes, you will win a prize.  Go!”

The papers swhoosh and everyone starts.  It’s not long before you start hearing, “This is hard!”  “Ah. I messed up!”  “Another dead end?”  “This isn’t possible!”  “Miss, this is hard!”

But those three minutes feel like an eternity as one after the other after the other, the kids give up on a maze that is too hard and frustrating.  They’ve made mistakes they can’t fix, and not being able to be perfect, they’ve already lost.

When the three minutes is up, we talk about why it was so hard.

“Well, you can’t tell where to go.”  “All the paths look the same until you hit a wall.”  “I started down this path I thought was right, but when I figured out it wasn’t, I couldn’t go back. I’d already messed up.”

Ah.  So many lessons.  So little time.

Then we pass out TWO new things.

#1 The same maze except this time at every intersection, there are two words.  You simply choose the one that follows the Commandments.  So one intersection might have the word  “cheat” going one way and “be honest” going the other.  You just choose the path that says “be honest.”

#2  Everyone gets a pencil with an eraser instead of a pen.

Then we start the time all over again.  “You have three minutes.  Go!”

This time one of the girls was having a really hard time.  She didn’t grasp the concept.  So I stood with her and on each intersection, I would read the two words.  In about 30 seconds, she was blowing and going on her own–no help from me required. 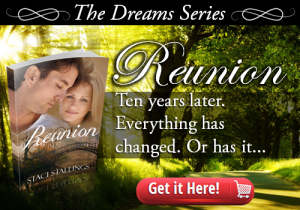 In less than two minutes every kid in the class had finished.

Now here’s the thing–why could they finish a maze in less than two minutes that they couldn’t finish in 3 to begin with?  It was the SAME maze… except it wasn’t.

How many of us try to go through life making decisions on our own will, on our own strength, in our own knowledge and wisdom–no help from God needed?  How many choose to keep making mistakes rather than ask for someone who understands how to work the maze?  And how many do not realize the power of the eraser in Jesus Christ that God graciously granted us on the cross.  So that even when we make a mistake, that mistake can be erased and we can start over.

The really funny thing happened after class.  Several of the kids said, “Can I take this maze home?”  (the second one)  I said, “Sure, but don’t you want this one too?” (the first one) To which they looked at it sadly and said, “No, you can throw that one away.”

Take a lesson from these kids!

Why not throw doing it on your own with a pen away too?  Throw your old mistakes and your old way of trying to live life away.  You’re going to play the God maze anyway–why not choose to do it with God’s help and with His eraser?

It’s a lot easier and at the end, it is something you will want to take with you!

You can do this the hard way or the easy way, your choice. THE GOD MAZE http://t.co/5AIrH0dNbv #faith #love #Christian

The Gifts They Have…

By:  Staci Stallings My children have taught me so much.  One of the things they continue to teach me is the brilliance of the Master’s Plan.  I know it’s His Plan because this looks nothing like mine. You see, my children came pre-set with personalities and gifts that I did not put there. …