Blessings.  We talk about them, pray about them, give thanks for them, and sometimes we even feel very guilty about getting them.  Although the Bible says God is “able to do exceedingly abundantly beyond all that we ask or think, according to the power that works within us,” we worry and doubt about how serious He really was when He made that promise.

The cycle goes something like this.  We hit rock bottom and remember God might be able to help, so we start praying.  We ask, and as He promised, things start looking up.  We keep praying because by now it has become a habit. Slowly then more quickly more blessings show up—some that we prayed for, some we never saw coming.  Then the guilt slides through us. “Look at all He’s given me. How could I even think of asking for more?  I mean, isn’t that greedy?”  So we quit asking until we’re in trouble again.

In truth, the paradox is we can never ask God for too much.  Why?  Because God is limitless, boundless, infinite.  There is literally no limit to God’s love or to His desire to pour that love into and through our lives onto others.  Satan knows this, so he uses our best instincts against us. “Don’t be greedy. You have enough. Don’t ask for more.”  “Think about those who don’t have as much as you have. Take your fair share, and be satisfied with that.”  “Aren’t you ashamed of yourself for even asking God about something like that? He doesn’t have time to listen to such petty concerns.” And on and on.

Lies.  It’s all lies, and yet we buy into it, and we live our lives afraid to ask for the blessings God wants to give us.

Take my friend for example.  She was recently lamenting because God in His goodness had provided the perfect apartment for her (after she specifically asked for it). Then He provided the perfect car for her (after she asked for it).  Then she stumbled into asking for the thing she most wants—a God-centered man who would come into her life and love her the way she is now loving everyone else.  That seemed just too much to ask for, especially after she’d already gotten the other blessings.

She said, “I just feel so greedy wanting it all.”  As if the Holy Spirit opened a lesson book, she went on, “It’s like the other day. I was at the store, and there was this little girl in front of me in line.  She walked up with two pieces of candy. The cashier rang it up and said, ‘That’ll be $1.93.’  Unfortunately all this little girl had was $1.

“The cashier said, ‘Look. You’ve got two pieces of candy, but you don’t have enough money to buy both, so you’re going to have to put one of them back. Which one do you want, and which one will you put back?’”

My friend said, “She was a little girl, and it was candy. Of course she wanted both of them!”  The situation became more tense as the cashier began demanding that the little girl make a choice.  Then my friend reached into her own purse, pulled out a dollar, slid it to the cashier, and said, “Let her have both of them.” She said, “I was just so grateful for all the blessings He’s given me, I wanted to share those blessings with someone else.” 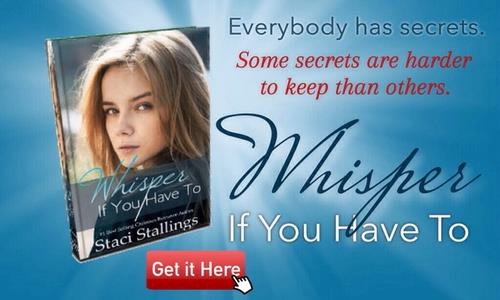 At the end of her story, I said, “You know what He’s trying to tell you through that, right?”  She just looked at me as if she hadn’t realized there was a message. So, I continued.

Look at it this way:  You were the little girl. You wanted both things. Satan was the cashier, looking at you with a sneer saying, “No. You don’t have enough to pay for both. You can only have one, so which one will it be? Make a choice already. I’ve got other people waiting.”

And then God who was standing at your side the whole time, without being asked, slipped the full payment to Satan and said, “Let her have both of them. It’s on Me.”

The truth is, He wants to do that for you. The only stipulation is you must be open to receiving His blessings in your life. By now, He and I have a standing agreement. I’m open. Whatever He wants to send my way is fine by me. In fact, I often simply pray, “All Your best in my life today, God.”

Over and over, He has sent blessings I never even saw coming. Friends to support me in times of need, others who He could love through me, moments of such awe-inspiring closeness with Him I have either laughed out loud or cried. I call that exceedingly abundant beyond all that we could ask or think. Wouldn’t you?

By:  Staci Stallings   About a year ago my goals changed radically. The first goal that changed was the one that said my ultimate goal was to get to Heaven and have God say, “Well done good and faithful servant.” What I realized was, that goal was about me—what I would get, about…

By:  Staci Stallings   “Let your heart not be troubled, neither let it be afraid.” –John 14:27   Fear is one thing.  Helpless anxiety is another.  Fear brings up your defenses, makes you ready to fight—to take on the aggressor and win.  Helpless anxiety, on the other hand, saps every ounce of energy…

For those of you who don’t know, writing, publishing, etc. is not all I do.  In fact, it’s the smallest sliver of the things I somehow got put in charge of.  One of said “other things” is VBS–Vacation Bible School, if you, like me 9 years ago, have no clue what those letters…

By: Dennis Bates   This past weekend the cemeteries were all mowed, the flags were all out and large crowds of people came to remember. Usually they remembered by placing flowers on the graves of loved ones or family members. Sometimes they remembered by bowing their heads briefly and giving thanks or by…