The Loop of Grace

This is an intriguing concept put forth by a young priest at my parish.  He said the spiritual life is like driving on a loop at a big city.  On that loop, you get on, you travel some miles, you get off.  There are no lights, no stop signs, not even yield signs.  Driving on the loop is rather easy.  Getting on and off the loop is more of a trick.

The “Loop of Grace” is much like these city loops except for a few things.  First, you don’t want to get off the loop of grace.  The idea is to stay on it and ride it for as long as possible.  But that’s okay because on the loop of grace, you won’t run out of gas or get hungry or come to a “destination” that’s better than just continuing your drive.  So it’s preferable to stay on the loop as long as possible.

We all have taken these exit ramps.  Sometimes we do it willingly and knowingly.  I know I’m supposed to forgive, but I just don’t feel like it yet.  Blink. Blink. Blink.  The exit ramp flashes by as our spiritual lives go off into the weeds.  Sometimes we take the exit ramps without really knowing it but quickly realize, “Hey, this isn’t where I want to be.”  We let our relationship with God “slip” a little.  We aren’t attentive to how little time we’ve spent with Him lately, and suddenly, rather than being in the amber lights of the loop of grace, we’re off in the dark, realizing we’re hopelessly lost.

The book “Having a Mary Spirit,” which I highly recommend has a great take on this phenomenon.  Joanna Weaver talks about the “Yo-Yo Prayer.”  She says that in years past when she found herself having drifted away or consciously moving away, she would spend hours berating herself.  The guilt was overwhelming.  She would call herself a failure and question if she was even sincere in the first place.  Sound familiar?  It sure does for me!

The on-ramps to the loop are just that simple.  A recognition that this is not where I want to be, that I’ve sinned, and that I need God.

To me, that’s really cool because it means I don’t have to spend all of my time driving around in the weeds, getting mad at myself for being so stupid as to take that last exit.  All I have to do is once again fall on God’s Grace, and HE makes me right.  Trust me, it’s a lesson that’s more than worth learning. 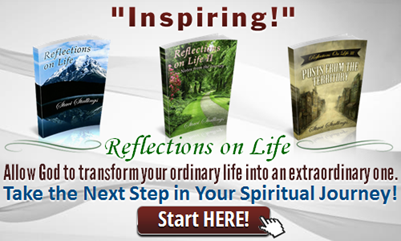 By:  Staci Stallings My husband is an awesome carpenter.  He can take a few pieces of wood, work for a couple hours, and wa-la!  A desk!  A table!  A dresser!  It’s amazing.  But I have learned something important from him… if you want to do a job, you need the right tools.  He…

By:  Staci Stallings Understanding the Puzzle Part 2 Justice Just when you think this story could get no worse, it does.  It is bad enough that we have all sinned and fallen short of God’s Kingdom, but add to this God’s perfect justice, and fear becomes the only logical outcome.  God’s wrath is…

By:  Staci Stallings Understanding the Puzzle Part 4 Forgiveness With justice taken care of, mercy came in, and with mercy came forgiveness.  Forgiveness means that God knows what you did, but He chooses not to punish you for it because you have chosen to accept what Christ did on the cross for you. …