My grandmother’s favorite hymn starts, “I am weak but Thou art strong…”

I used to NEVER say this.  NEVER.  Admitting weakness or fear or that I couldn’t do something was ananthema to my being.  I mean, I almost literally thought that admitting I was weak would kill me.  No one would want to be around me.  No one would want my help.  No.  I had to be “strong” even when I was about to break, even when I WAS broken.  I had to pull myself together and do what I had to do.  After all, I wanted to be a success, and successes don’t go around admitting to weakness.  They certainly don’t announce their weakness nor boast in their weakness.

So, saying I was weak or admitting I was weak?  Nope.  Didn’t happen.  In fact, I did my level best to not even let MYSELF know I was scared or weak.  I plowed through things, forcing them to work because I couldn’t give up even a little control lest another person’s mistake expose my weakness.

And, lands, it was an exhausting way to live!

Actually, it wasn’t really too much living.  Mostly it was existing and hoping the truth was never found out by anyone.

This weekend I had an interesting conversation with a wonderful lady whom I very much admire.  As the Holy Spirit would do it, we started talking about overwhelming things.  As I shared with her that I no longer try to schedule my life–fighting for control that I do not have, she told me how much she needed to hear that because her new job had her feeling overwhelmed.  Later, the Holy Spirit brought us together again, and I told her that along with letting God schedule your day, it’s very important to learn to be gentle with yourself.  I don’t know what I expected, but tears was not it.

She thanked me, saying she was going to have to remember that.

As I thought about our conversation, I realized that one of the major things that has changed in my life was this central idea of my own weakness. Literally for years, I felt very guilty about feeling weak.  I thought there must be something wrong with me because everyone else seemed to be handling life without too much difficulty.  Why was it so hard for me?

I see this phenomenon so clearly in my books.  When you tell the story not just from one perspective, but from two, you often see things in a way you wouldn’t otherwise.  Many times I will have say a girl character who is overcompensating by trying to be perfect so no one knows she is weak, afraid, and overwhelmed.  Then I have the guy character who knows he’s weak, but won’t reach out to anyone to let them know he’s hurting.  One of the biggest conflicts in a story is how these two come together and teach each other that it’s okay to be weak, it’s okay not to know every answer, ace every test, make every basket, win every game… whatever their chosen mode of face-to-the-world-so-no-one-knows-what’s-really-going-on is. 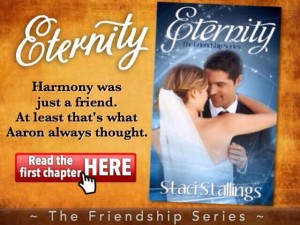 The more I thought about this, the more I realized that we’ve gotten things so out of whack as Christians.  Not sure how it happened, but wow!  Far from being a place where we can go to admit weakness and be comforted into wholeness, the church is too often a place of judgment and condemnation–the very definition of the LAST place you want to admit weakness!  And we wonder why people leave.

The cool thing about this whole admitting weakness thing is that as I’ve learned to stop fighting being weak and just admit it, the more compassionate I can be with others in their weakness and brokenness.  As I admitted I wasn’t perfect, I learned to give others the space to not be perfect either.  Interestingly, the more I really look at what God said in the Bible and many of the old hymns, THIS is the central lesson:  You are weak.  Without God, you are nothing.  But that’s okay because He loves you anyway–even in your weakness and through your weakness.  He wants nothing more than to be able to be there for you to rely upon, and you won’t do that if you’re trying to do it all yourself.

That reading about wives being submissive goes to the heart of this issue.  (It’s also I suspect why women have so much issue with this verse… we don’t like for anyone to think we are weak, and we sure don’t want any guy saying we are.)  But God says that Christ is the head of the church (and the “church” is us!).   As the head, Christ is to provide for us, to love us, to commit to us, and we are to learn to submit to His taking care of us.  That means ACCEPTING His help.

If there’s one thing I’ve learned in my own marriage this last year it’s how much smoother things go when I can STOP trying to control and lead everything and just relax and let my husband take care of me.  That may sound silly or non-feminist, but I’m seeing that’s what I wanted all along.  Not that I don’t have to do anything, but that I don’t have to do everything.  It’s humbling, and it’s scary because what if you “submit,” let him take care of you, and he drops the ball?  What if he doesn’t take care of you the way you wanted him to?  It’s like that old trust game where you fall and they are supposed to catch you.  Do you believe your husband will catch you?

Do you believe God will?

The more I embrace my weakness, admit it, and just keep falling at God’s feet, explaining that without Him, I’m sunk… oddly the more alive I feel.  I’m no longer tied in untangleable knots.  No longer do I stress out about even things that SHOULD stress me completely out.  I figure God’s got it handled, and all I have to do is show up and let Him do it through me.  It’s sometimes a challenge to not take the reins back because… well, I’m weak, and I stumble, and I don’t always get even this right.

But that’s okay.  I have learned to boast of my weakness because when I do, I know God will show up in His strength, and that road less taken has made all the difference. 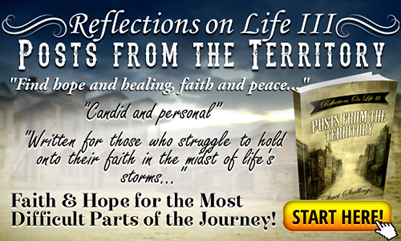 By:  Staci Stallings I’m quite sure this is going to be no big revelation to you, but for what it’s worth… Kids Understand Love. It’s true.  I’ve been watching them and thinking about that simple but profound truth this last week.  I’m not sure when, where or why the revelation came to me,…

By:  Staci Stallings A couple years ago my husband hit a rough patch with work.  To put it mildly, things just weren’t going right.  I knew he was struggling and that going to work each morning was more a burden than a joy.  My kids and I had been praying on our way…

Being God Positive in a Spirit Draining World

By:  Staci Stallings As you may have noticed, I haven’t been around as much as I have been.  Well, I’ve been working on some very special projects.  One of those projects is something very close to my heart.  It’s called, “Being God Positive in a Spirit Draining World.”  The book is still evolving,…

By:  Staci Stallings If you’ve been reading the blog long, you probably remember when my six-year-old son’s kindergarten class experienced the loss of their treasured iguana/bearded dragon.  In that post, I related how my son told me they sang “God Bless America” because that was the only song the whole class knew.  Well,…