This whole idea for “Understanding the Puzzle” started with one line from one song. The song is called, “Mercy Came Running” by Phillips, Craig, & Dean.  The line goes like this, “With justice no longer in the way… Mercy came running.”

I had never thought about it like that, and maybe you haven’t either.  But you will…

For a moment, let’s go back to those two trees, the ones in the garden.  After Adam and Eve sinned, a wall was placed between them and the Tree of Life so they could never go back to simply relying on God; they were now forced to figure out how to do it on their own.  Likewise, in the Temple in Jesus’ time, there was a large curtain between the people and the Holy of Holies, where God was.  The two symbols mean the same thing.  There was separation between God and His people.  More literally, there was a separation between God and each of His people.

There was no decision for anyone anymore.  The wall was in place, and nothing they could do could ever breach it to get back to God.  Their only option was to rely on their own knowledge, understanding, and behavior to try to earn Heaven, which was impossible before they ever started.

Now, as I said in the Justice section, God’s justice is perfect.  It is fair.  If you and I commit the same sin, He will repay us equally… Unless…

Here’s where the story gets interesting.

When Jesus died on the cross (a perfectly matched symbol with the tree), God’s judgment and wrath and justice were poured out not upon each of us for our sin, but upon Christ.  God’s justice must be satisfied, otherwise it wouldn’t be perfect justice, it would be conditional justice, conditioned upon how much God likes you or how much money you have or what you could do for Him.  If He meted out justice to one and not to the other, it would not be perfect justice.  It would not be fair. 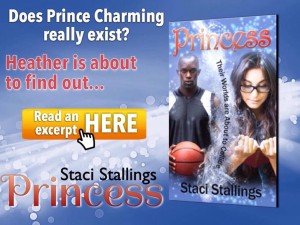 So what to do?

Along with perfect justice in God’s heart, there is also perfect mercy.  He wants to be compassionate with each of us, but how could He do that with justice standing in the way?

The way He found was through Jesus.  He poured out His wrath and His justice on His Son.  That took care of the requirements of justice.  And “with justice no longer in the way, mercy came running.” Mercy was unleashed to love and heal and forgive each one of us!  That’s not just Good News… that’s GREAT news!

It’s been said that mercy is when we don’t get what we do deserve.  We deserved death, but when justice was satisfied by Christ dying for us on the cross, God could then send His mercy by saving us from what we deserved—death.

But there’s a catch that all of this hinges upon, and that is:   Do you accept what Christ did for you on the cross?  Do you REALLY?  I realize there are some who believe that you can profess that you accept what Christ did and that is enough.  And to some extent that is true.  Professing that you have accepted Christ as your personal savior is a start and that much will get you out of death and into Heaven, but it is hardly the end.  Sadly, some take this so far as to say that once you have accepted Christ as your personal savior, once you have professed that you believe that, you can then go off and do whatever you wish—even killing someone will no longer bring punishment of eternal death from God.  Which is true, but hardly the point.

Christ didn’t die on that cross to give us a pass to do whatever we wanted.  Hardly!  He suffered and died so that the earthquake came, and the curtain in the Temple was torn in two, the wall keeping us from the Tree of Life came down.  He came that we might have the choice once again to eat from the Tree of Life!

For example, one of the biggest diseases in the church today is exhaustion.  We, as God’s people, have run and worked and volunteered and given until we are wiped out emotionally, physically, mentally, and sometimes spiritually.

Now think just for a moment.  Does that sound like a life where mercy rains or reigns?  Do you really think Christ suffered and died to take away our sin only to sit back and watch us exist in a hell of exhaustion and overwhelm in our daily lives?  That makes no sense.

He died to set us free to LIVE.

In a movie I watched recently, the main character made a deadly mistake.  It cost the lives of several people, including the woman he loved.  Because of the guilt of that mistake, he is driven to give a second chance to several people before he punishes himself with death, but even in the giving, he is punishing himself for the mistake.  He has abandoned all hope, seeing only the mistake, his role in the deaths, and the hopelessness of never being able to make it right again.  Although they call the movie uplifting, it is anything but.  It is tragic.  This man lives in a world that can never be anything other than horrific, horrible, and catastrophic.  Nothing he does or can do could ever make up for that one moment when he wasn’t perfectly perfect.  That’s where too many people live today.  They do not understand that even the most vial things can be forgiven and they can LIVE again.

They can choose to come to the cross, lay their burdens down, and let God’s healing mercy come running into their lives.

He can do it for yours as well.  And the Good News doesn’t stop there.

By:  Staci Stallings Understanding the Puzzle Part 4 Forgiveness With justice taken care of, mercy came in, and with mercy came forgiveness.  Forgiveness means that God knows what you did, but He chooses not to punish you for it because you have chosen to accept what Christ did on the cross for you. …

By:  Staci Stallings It’s Lent.  For those of you who don’t know, to a Catholic that means giving things up and reminding ourselves of our sinfulness.  Now let me make one thing very clear.  We are sinners.  None of us could ever get into Heaven on our own.  I don’t care how gracious,…

By:  Staci Stallings Yep, we’ve all been there.  No matter how deep our faith, no matter how solid our belief in God, no matter how pious our hearts, we’ve messed up… again.  Maybe we yelled at our child because we’d had a rough day and couldn’t take life one more second.  Maybe we…