Now THIS is cool!

As I told you a couple of days ago, this is one of my crazy seasons through the year.  It’s Carnival time and that means raffle tickets.  God decided I really had nothing better to do (that’s a joke!), so He sent me to sort, count, and record-keep for two different raffles at the same time.

One of my jobs with the 4,000 one is keeping parents straight and not panicked.  Tickets are lost or misnumbered.  With 4,000 tickets, it’s always something.

The other day we were selling after Mass, and there was a family that is not from this country.  Last year they came at the end and hadn’t sold their required tickets.  There was nothing at that point I could do to help them.   I told them, though, that when this year started, to go to the Masses.  You can always sell there.  So they did.

Here’s where it gets strange.  I was manning the table while the kids all fanned out to sell.  I happened to glance across the lobby and saw this family selling… to my sister-in-law.  Not a big deal.  She always buys some from us and some from others.  I just got this mental note/picture in my head of that exchange and went on with life. 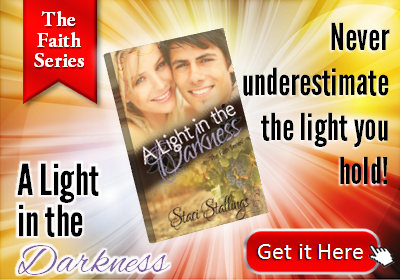 Two days later the woman who was selling came up to the office in a panic, looking for me.  She said she had lost a ticket!  I told her it was okay.  We could replace it.  No.  No.  I didn’t understand.  It was a ticket she had SOLD… to a very nice lady, but she didn’t know her.  She had the money (cash) but no ticket.  However, she knew the number of the ticket and part of the lady’s name.

Now, I’m sure she thought I was crazy because I was standing there literally about to burst out laughing.  (God can totally do that to me sometimes.)  I said, “Well, what was the part of her name you remember?”  To which she said my sister-in-law’s first name.  I completed the name, and the lady looked at me with these huge eyes.  “Yes!  How did you know?”

I told her not to panic.  My sister-in-law is very sweet, and she actually used to run this raffle.  She would understand, and we would fix it.  But because we still have a month to sell tickets, I told her to keep looking she might end up finding that ticket after all.  She said, “I don’t know.  I think I pulled it out with the other tickets and it dropped.  I think it is gone.”  I assured her it would be all right, but to keep looking anyway.

Flash forward 10 days.  I ran into the lady again yesterday.  She was telling me they had almost sold their ten, and then she said, “Did you know I found that other ticket?”  “No!  I didn’t know that.  Where?”

Then she says (as if she is really perplexed by this as again, I’m trying not to laugh at how cool God is!), “Well, I went to my brother-in-law’s business.  We hadn’t been there in nearly two weeks.  And I was standing there at their counter, and I looked down and there was this orange little thing.  I thought, ‘Surely not.  That can’t be it.’  But I picked it up and it was that ticket.  But that wasn’t even the weird part.  I was standing there holding the ticket, trying to figure out how it got there, and this man walks up and asked what it was.  So I told him, and he said that HE WANTED TO BUY TWO MORE TICKETS FROM ME!”

Sometimes you just have not choice but to shake your head at how cool God is!

By:  Staci Stallings As I reported on Friday, I’ve been working a lot with my son on reading.  One of the exercises we do is use letter blocks and change one letter or group of letters at a time to make new words.  This helps him connect that we take individual sounds and…

By:  Staci Stallings One of the lessons I caught in the Guilt book that I never got a chance to enumerate here is the concept of the Older Brother Syndrome.  He never called it that in the book, but I came to use that phrase over and over again as I read. This…

By:  Staci Stallings It’s VBS season again.  How that keeps coming around so fast, I’ll never know. For me VBS is not a week.  It’s not really even a couple preparation days and a week.  It’s more… a way of life for about six months every year.  First, there’s the anticipation starting in…

By:  Staci Stallings Every so often I go through a period of INTENSE learning.  It’s like God sets up these graduate courses in His Ways, and I don’t see them coming until I’m in the middle of them.  This one started with the “guilt” book that I’ve been talking about.  Then God followed…