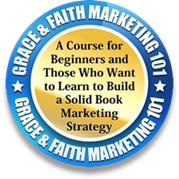 Along with Facebook, I resisted Twitter like the plague.  Last year at this time, I thought people who tweeted were a little on the crazy side.  Well, I guess I’ve joined the crazies because I love Twitter, and it is, by far, my favorite way to market.

However, it wasn’t a one-jump to be here thing for me.  My enjoyment of Twitter began as hate and loathing.

Simply put:  I just didn’t get it.  I didn’t understand it.  There was what appeared to be a separate language going on over there.  It took spending time on the medium for several days straight and then some help from my FB groupies before I came to appreciate Twitter.

Now, people can also follow you.  When you start, you will probably follow people who are your friends or professional acquaintances.  Some of those will want to follow you back.  At first I followed everyone who followed me, but I learned you need to use discretion for a couple of reasons.

#1  Not everyone is worth following.  I have made a rule for myself that if someone tweets profanity at me (even in a retweet from someone else), I unfollow them.  I don’t have time nor the patience to put up with that.  I don’t need the trash in my life.  So if they can’t keep it clean and positive, they don’t get a place in my day.

#2  Some people tweet relentlessly about their one thing–their cause, their program, their book.  After I’ve read a tweet about how “Winnable” this program is 15 times, I’m out of there.

Stick close the next week because I’ll show you how to reach MANY more people than your basic followers, but for now, this is a good place to start.  If you’re not on Twitter, sign up (with your writing name as your @… don’t sign up as @PenBaby unless you write under that name.  Why?  Because you are building a brand, and if you build a @PenBaby brand on Twitter, that won’t transfer to anyone knowing who you are or catching on your writing name when they go to Amazon!).

Once you’re sign up, play around a little.  Follow some people.  Get a feel for the language.  We’ll talk more next time.

“A Valuable Resource for Writers!”

In my experience,here is the key benefit of being on Facebook where marketing is concerned:  the connections you can make! I have been on email loops of writers almost since such a thing was possible, but they have many cons that Facebook fixes.  So today I want to focus on Facebook Groups–groups of…

As I go about trying to learn social media, I subscribe to programs and information.  One of those for Facebook is called “10,000 Fans.”  Their website is here: https://www.facebook.com/Get10000Fans I have worked through some of their information and it appears very good, though it does seem to take a long time to watch…

Send to Kindle I’ll admit, one of the reasons for me that Facebook doesn’t work like a charm for book promotions is that it is far more a pull medium than a push one. Facebook puts the “social” in social media. While this is true for the others like Twitter, I think it is especially…

Send to Kindle One of the social media darlings for marketing is Facebook.  Although this has been one of the mediums I expected to be the most helpful in terms of selling books, I’ve found its usefulness less than spectacular.  However, there are some important things to know about Facebook and how it can fit…