She’s Got a Big Heart…

Today’s post may sound a little braggy.  I don’t necessarily mean it to be, but it might just the same.

Over the weekend, my oldest daughter attended her junior prom.  Now this is a special time in any young lady’s life as for the first time you’re confronted with decisions about the dress and the shoes and the flowers, what car will you take, when will you need to arrive.  Plus, choosing the theme and songs and decorations… etc. etc. etc.

It’s really kind of your first formal affair that’s about you.  Not your parents or grandparents or other friends.  This is your night, and you want it to be special and memorable.

Well, in the midst of writing an 8-page paper, keeping up with homework and meetings for the groups she’s in, my lovely daughter threw a surprise graduation for a friend who is homeschooled complete with a huge banner and an actual ceremony with her family.  She threw a dance for her friends and family so her friends could practice learning to dance so they could dance at the prom.  And the morning of prom, she went with us 2 hours one way and 2 hours back so she could attend her first cousin (my niece’s) graduation from high school.

To say she puts others first is a vast understatement.

So maybe it shouldn’t have surprised me when three days before the prom, she came into the dining room, texting her little fingers off.  “What’re you doing?” I asked innocently.  She said, “I’m trying to figure out how we can go and pick [Theresa] up for Prom.” (name changed)  I was like, “WHY would you have to go pick Theresa up for Prom?”

For some background info on this:  Theresa is a student who has come to America from Vietnam.  She’s going to my daughter’s school and is in several of her elective classes even though she’s a sophomore.  Theresa cannot speak English very well, and she has a really hard time communicating although she is super-super sweet.  Well, my daughter has kind of taken this young lady under her wing.  She helps her in class and outside of class, and she is always looking out for Theresa and making sure she is included if at all possible.

Because of this, Theresa and I have gotten to know each other a little as well.

To the question of why my daughter and her date would need to go back into town (a 20 minute drive OUT of the way) to pick Theresa up, she said, “Because her family can’t bring her and she really wants to come to serve and then to the dance.  She’s never been to a dance…  We’ve got to figure out how we can go get her…”

It wasn’t long, and I spoke up.  “You know, I could go get her.  At least I could get her to here so y’all wouldn’t have to.”  Not long after that, they figured out that I could get Theresa here and a teacher could pick her up from here and bring her the rest of the way.  Cool.

So when we got home from the graduation on Saturday afternoon, an hour later than we had expected not even knowing if my daughter’s dress (which was being made by another of her classmates because the classmate wanted to “try”)… her concern was if I was headed to get Theresa.  Yes.  I would get her.  Don’t worry.  Go get beautiful.  So she did.

I did get Theresa, the teacher came and got her, and all went perfectly.

Later at the dance (I was a chaperone), I looked up to find my daughter in the back where there was light, teaching Theresa to country line dance.  With my daughter’s date safely having fun with their friends, she chose to take time out to teach this young woman so she could have fun and fit in too.   Not long after that, they played a song that she could have danced with her date.  Instead, she got him and Theresa and they were doing this line dance in the corner of the floor.  Very shortly, others saw them and came over to learn too.

So here she is “in front” teaching Theresa with her date and half the kids dancing following them.

One of the other moms leaned over to me and said, “That’s so sweet.  She has such a big heart for other people.”

Maybe I didn’t notice it to that point.  Maybe that’s just how she’s always been.  I don’t know.  But I believe among all the other memories of that night, that one is one of my favorites.

I see now how much she cares about others, how she will put her own “I wants” or “This is about me” aside to make life better for someone else, to include them, to help them have fun too.

Later that night, it was time to clean up.  The juniors were supposed to stay and help.  My daughter and her date and their two friends were doing just that when one of the moms said, “You guys go. We’ll get this.  Go have fun.  This is your night.”  Many of the others left.  But not those four.  They stayed.  Climbing up on things in tuxes and dresses to take tape off the railings, carrying chairs and tables… helping until everything was picked up and they could literally do no more. 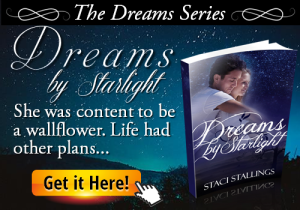 When we left, I told them that I would need to stop to pick up the “Prom” signs that people had put out to direct traffic down to the venue.  One of her friends said, “I’ll do it!”  So each sign we came to, he would hop out of his car (in his black tux), looking like James Bond on a mission in our headlights.  He’d run across the street (humorously and dramatically looking both ways!

) grab up the sign, stow it in his car, jump in and drive to the next one.  It was HILARIOUS!

But that’s the way these kids are.  I realized that night.  It’s not just her who has a big heart.  It’s all of them!

They could have complained about having to clean up (because the dates weren’t even part of the class), but they didn’t.  They jumped right in there to help… having way too much fun popping the balloons, I might add!

Now that I think about it, even her date chose to enjoy himself as she helped someone else rather than being upset over the whole thing.  In fact, before I spoke up that I could go get Theresa, he was willing to come out here, then drive back into town to get Theresa… just so she could come to the dance and have fun too!

Yes, it was a magical night.  They had a lot of fun, but they also, all of them, showed they truly have big hearts, and that, for me, is the thing I will always remember most!

To my “borrowed” kids…

I love you ALL!

And I am so proud of each

and every one of you!

Don’t ever forget it!