Shelter in the Storm

Sometimes we parents wonder if what we’re teaching our children is actually getting through.  Sometimes we’re given clear indication that it’s not.  But sometimes… sometimes…

Last week during school, my niece’s class had a fire drill during lunch.  Now I don’t know if you’ve ever taught school, but during lunch is just not a good time for a fire drill.  The kids thought what would really be funny is to out-scream each other, and it turned into pandemonium quite quickly.

Well, drills are one thing, but when it’s for real, you really don’t need 80 kids playing “who can be the most obnoxious.”  So three days later, the principal came over the loudspeaker with the following announcement:  “We have decided that it would be fun to have a tornado drill when it’s raining.  We want to see if everyone can line up and go where you are supposed to be even when it’s raining outside.  So teachers, please take your classes to their designated spots for a tornado drill.”  (This was one BRILLIANT principal.)

Kids stood and filed out into the hallways.  It really was raining… hard.  In the hallways, they got down in their tornado positions.  When everyone was where they were supposed to be, the principal again came on the loudspeaker.  “You need to know that this is not a drill.  There really has been a tornado warning issued for our area.  Please stay calm and in your positions.”

Across town at the other elementary, my sister along with her class and two younger children had been taken to the basement.  There she met another lady who was worried about her child at the other school.  My sister said that no one was supposed to leave and that they were not letting the kids out at the other school because it was too dangerous.  The other lady was in a panic, so my sister said some prayers for herself, for her children, and for the lady and her child.

Back at the first school, children were now scared and crying.  This is the story my sister got from her daughter after the storm had passed.

“I was right next to one of the girls from my religion classes (they are at a public school), so I asked her if she wanted to pray with me.  I didn’t know what else to do.  So we got together and we said the Our Father, then we said the Hail Mary, then we each said a prayer that God would protect us.” These girls are in the fourth grade and already they are learning where the shelter in the storm is–that you can go there any time and how to get there. 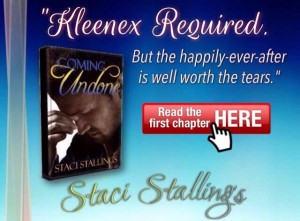 But here’s where it gets really interesting…

My sister asked about this friend, who it was, and my niece told her… it was the woman’s child that my sister was praying for!

So in the midst of a storm, my niece heeded God’s call and was there for someone her mother was praying for across town without her even knowing it.

Sometimes we desperately need God’s shelter in our storms, sometimes it it through His Grace, Peace, and Hope that we can bring Him into a situation to bring shelter to another frightened soul.

But one thing is for sure, God is not random.  If you’re in His Army, your call is not random either.  Never, ever think that it is.  Heeding that call is not always easy, but His call is always right on with what needs done and why.

Remember that in your storms.