“No Matter How Broken” Part II: The Well, Casting Crowns

I have learned that sometimes hearts aren’t just broken like a cookie in two.  They are literally shattered.

I so remember Dennis.  Some of you may remember him too.  When we first met, Dennis did not come off as someone with a broken heart.  He was a tough-as-nails ex-military lawyer who could argue you under the table, then drag you back out again to argue some more.

Now I don’t know how much you know me, but somewhere along the line, I learned to have a will of iron if need be.

I guess you could say the two of us were kind of immovable object meets immovable force, and it was good for both of us.  Finally, we had someone who stood up to us and wouldn’t back down from taking on really hard issues.  We didn’t see eye-to-eye on a lot of things, so being writing partners was not always easy.

But then came the morning that Dennis emailed to say he had gotten to one part in one of my books.  Now that part, for me, was not THAT big of a deal, but for Dennis it was like running headlong into a brick wall he never saw coming.

That’s how broken hearts operate.  After the initial shock wears off, you pick up the pieces, hold them close, and move on.  You don’t go around telling everyone about what happened.  After awhile, it becomes just part of who you are.  Sometimes even you forget about it.  Then something hits you and once again, you’re left picking up the pieces.

As happens so often in this kind of case, Dennis did not tell me the whole story at first.  He just said that part really affected him and that he had a hard time getting through it.

I’ve been around enough broken hearts to hear what he wasn’t saying, so I pressed, ever-so-gently because I could tell that spot still hurt–a lot. 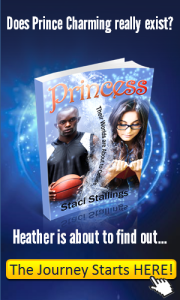 At first, even with the pressing, I only got bits and pieces of the story, but I stayed, I listened, I asked.  And eventually, the entire story came tumbling out.

Yes, Dennis’ heart had been broken–a nasty kind of break, over 40 years before, and he had never gotten over it.  Oh, he looked fine on the outside.  No one could probably even tell.

However, as we talked, an amazing thing began to happen, the shards and slivers came out of hiding.  I so remember one day when he had decided to write it out.  He emailed to say that he had used a whole box of Kleenex, but he finally felt at peace.

When you work with people, you may not always be prepared for “no matter how broken.”  Because some forms of broken look more like shattered.

What I can tell you, is the answer is the same–you go to the well and keep taking them there.  It’s not an easy process or a fast one, but so far I’ve found, it’s worth it every, single time.

And in case God and Dennis are listening… God bless Dennis, and thank You, God for helping him finally find peace.