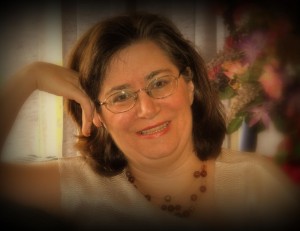 Hailing from a small West Texas town, Staci Stallings never guessed what God had in store for her.

At first, all she knew was that she loved to write, and her second grade teacher, Sister Adrian confirmed it when she wrote on Staci’s “Rudolph the Red-Nosed Reindeer” story, “Great story! You’re going to be a writer some day!”

Maybe you had to know Sister Adrian, but she was the kind of lady the kids believed knew everything, and if Sister said it, it must be true!

It would be 10 years later that Staci would meet a second God-sent teacher, Mrs. Schulte.  Yes, she was the English teacher, but not long into their time together, Mrs. Schulte convinced Staci to try out for the Journalism contests in the Texas U.I.L. competitions.  In short order Staci was signed up for News writing and Feature writing, and thus began a journey that would change her life.

Now some teachers might sign a student up and forget about it until the competition.  Not Mrs. Schulte.  Oh, no.  Her two loves were newspaper writing and basketball. The Swiftette girls’ basketball team became state champions under her assistant-ship, and she was determined that her journalism students would do no less.

So several times a week, Mrs. Schulte would assign a story–taken from old competition sheets and completed in 30-45 minutes each.  Then she would bleed on whatever Staci turned in.  However, she then took it one step further and sat down to go over each and every mark, explaining how to do it better.

Senior year, Staci became the 1A State Champ in Feature writing, graduated, and moved on to Texas Tech where she majored in Journalism.

That was in 1996–before there was such a thing as Contemporary Christian Romance.  At that point a decision had to be made:  write what was marketable or write what was on her heart.

“I knew there might be no market for what I wanted to write, but I couldn’t go against my upbringing and my heart,” Staci said.  “So I chose to write Christian romance set in contemporary settings.  At first people literally laughed at me, but then about 5 years later, Christian Contemporary lines started, and it wasn’t such a crazy idea anymore!”

However, the road forward was still not straight nor easy.

“My style was so different than all of the ‘formula’ romance,” Staci said.  “I don’t write the typical ‘extensive external conflict’ stories where her farm is in jeopardy and he comes to save it.  Most of my stories are soaked in intense internal conflict–whether there’s much external conflict or not.  My characters start out really lost, often get even more lost, and finally through the love of God and the love of each other come to a better place in their lives.”

Since she didn’t fit in any formula, Staci decided to go the Independent publishing route–before that was even a thing!

She published seven books in print prior to 2011 when everything changed once again.

“Ebooks were coming into their own, and I recognized that here was a way to get my books out there without the high costs associated with self-publishing, so I went for it,” Staci said.  “In August of 2011, I e-published 8 books, and then added 3 more in September.”

In February of 2012, the ebooks began to really take off thanks to the Amazon KDP Select program, and in April of 2012, Staci became a #1 Best Selling Christian Romance author on Amazon.

“It hasn’t been an easy road to get here,” Staci said, “but every lesson God has timed and chosen perfectly to get me where He always knew I should be–a stay-at-home mom, with a husband, 3 kids, and a writing addiction on the side!”

Note to Readers:  I sincerely hope you enjoy all of the books listed on this site!  May God bless you always!