As I’ve thought about this concept this week, I realize this has been one of the keys of my newfound peace.  For many years, I was “wound tight” as a friend of mine said.  The reason I was “wound tight” was because it was all about me… my plans, my goals, my effort, my ability.  If it failed, it was my fault.  If it didn’t turn out the way I had planned, I had failed.  I failed a lot–though I worked very hard doing it.

Since I’ve learned to let go, I’ve also learned (slowly and not perfectly) to let God be God.

That manifests in many ways.  For example, if I get interrupted by a phone call from a friend, rather than being “wound tight” about what I’m not getting done on my schedule, I let God be God and relax into the fact that He had something else in mind for that particular moment.  As I’ve done this, I see how perfectly He sets things up.  Like the other day.  I had to stay after Mass to sell raffle tickets, the problem was it was nearly an hour of waiting until the next Mass was out.  At first, I fretted because I hadn’t brought my computer or anything to do.  What was I going to do with that whole hour with nothing to do?

About the time she got up to leave, Mass let out.

Now I don’t know about you, but I think that God had both of those two appointments all set up for me.  I also think I could have been so wrapped up in my plans, my goals, my effort, that I could have either completely missed both opportunities or I could have resented them all while they were happening. 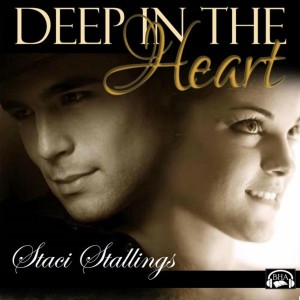 Letting God be God is like taking your hands off the wheel, admitting you don’t know everything, and letting God show you what you most need to know and do at any given moment.  The more I let God be God in my life, the more perfectly things work out.  Like with this raffle (actually, it was two raffles for different schools–don’t ask, sometimes I think the Holy Spirit is crazy!).  I didn’t want to manage one raffle much less both.  In fact, I had been running from doing the raffle for eight years.  Both caught up with me this year.  I didn’t think I had time to do one much less both, but it was odd (cool!) how things worked out.

First, the second raffle didn’t take shape right away so I was able to get my feet on the ground with the other for about two weeks.  When the second kicked in, I focused on the one I was working on at the time–rather than worrying about both and everything else.  I did THIS, this step.  Take this step and let God worry about what came next.

In the course of two weeks, I ran both raffles, finished one with a big night, helped my oldest when she got her tooth pulled under anesthetic (scary stuff!).  We did volleyball, hands on science, two violin lessons, gymnastics, and homework.  I made signs for one raffle, went to a meeting, worked with my family while my dad had a major health issue, had two birthday parties for my son, AND stayed sane.

How?  Because I let God be God.  He worked out the parties.  He gave me time to do the invitations.  He helped me make the signs and get to school.  He helped (A LOT!) counting money and organizing tickets.  He sent me the right help at the right time in the right place–more than once.  And somehow, He made it all fun!

That’s what letting God be God will get you.  You can stop being “wound tight” and just relax.  Life is so much better this way.  I ought to know.  I tried it the other way, and I can tell you this… this way is a WHOLE LOT MORE FUN!