I’ll be the first to admit that some lessons are more fun to learn than others.  Tonight was not one of those kinds of lessons.  Tonight was one of the tougher kind–the kind you would rather not have to learn, the kind that breaks your heart and remakes you into a different person, a person you didn’t know how to be before but one who understands just how much God loves each of us win or lose.  Admittedly, those are the hard kind.

So you can understand how tough this lesson was, you have to understand that for ten games in the fall, our fourth grade girls’ volleyball team was virtually perfect.  They won every game, though they dropped a couple of sets along the way.  So we went into this season with a lot of expectations.  The first two games only bolstered those expectations.  The third game, we lost one set, but hung tough and won the next two to take that game as well.

And then we got to tonight.

In no time they had us down that first set though we never completely fell apart.  We fought, we volleyed, we fell and slid across the floor.  It wasn’t that we weren’t playing, but the breaks were not going our way.  If our point had been out, it was barely in.  If to break their serve we needed to be in, it was barely out.  It was a frustrating game.

But our girls held together, trying their best the whole way.  We didn’t hit every serve, and some serves we hit, we didn’t get the volley that came our way back over.  We fought and played as hard as we could, but it simply wasn’t enough.  By the end the strain was beginning to show.  Oh, no.  We might lose all three.  The world will indeed end if we do.  But here’s the thing.

We did in fact lose all three, and the world did not end.  After the game I went around and hugged every girl.  Some were crying; some were angry.  Some would hardly look at me, a couple melted into me because they were just devastated by the loss.  Here’s the thing.  I know how they feel–just on a different court. 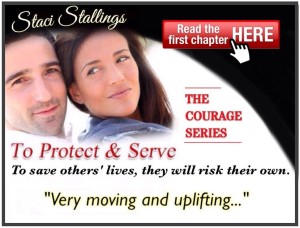 When I was in fifth grade, I couldn’t hit a volleyball to save my life, but I had straight A’s in school.  That was my thing, the thing I thought I had a real gift for.  Then in fifth grade the unthinkable happened–I got a B!  An 89 to be exact.  I was one stinking tenth of a point from maintaining my A average,  and for the first time, I didn’t quite make it.  I, too, was devastated.  In fact, I cried for three weeks (if you don’t believe me, ask my sister or my dad).  My family didn’t understand why I was so upset and in truth, I didn’t understand it until years later.

That’s what I saw in some of those girls’ eyes tonight, and as heartbreaking as it is to lose, sometimes it’s not a bad lesson to know that you can lose even a tough, heartbreaker, and the world keeps spinning, and people still love you, and you’re still okay.  Winning is fun, but it’s not everything.  The lessons in life come in all shapes and forms.  Some are fun.  Some are not.  Tonight’s was not fun, but it was valuable.  As a parent it is my job to help coach them through it and help them to see that the A-honor-roll or winning every game doesn’t determine if we are loved and cherished.

That determination was made by God a long time ago, and sometimes… sometimes losing a game or getting a B is the only way we can begin to understand that it’s not WHAT we do or even how well we do it that matters most to Him.  What matters most to Him and what should matter most to us is that we got in there, we played the game honorably and to the best of our ability.  Sometimes even when we do that, we’re going to lose.  That’s just going to happen.  It’s one of those lessons of life, but when you finally understand that lesson, even losing a game or getting a B doesn’t kill you.  It helps you to learn to accept love even when to the world the win went to someone else, and when you do that, you finally learn what it’s like to win all the time–no matter what the scoreboard or the report card happens to say.

My best to all of the girls on TEAM PINK!  You’re awesome… not because you win or lose but just because YOU ARE!