I Want to Play On THAT Team

I may have mentioned this before, but I’m a Cowboys fan from WAY back (think Staubach/Landry and the Cotton Bowl).  I’ve ridden through the fun seasons (Aikman/Emmitt/Irvin and three SuperBowls).  I’ve also ridden out the bad, bad, so horrible as to never be mentioned again seasons (’89 comes to mind).

Now I don’t know if you like football or not.  If you do, you may either love the Cowboys or hate them (rarely find anyone who is somewhere in the middle on that question).  This season though has held some extra special lessons if you were paying attention to them as I was.

Something else you need to know about me is that I have a very strange “life collection.”  I don’t collect rocks anymore… although I used to.  I don’t collect stamps or baseball cards.  I prefer to collect Inspiring People.  My collection includes many of the saints, Jesus (of course), some writers and artists and musicians, and some modern day people who inspire me to LIVE! not just exist.

Ironically, two such people happen to be playing on the Cowboys team this year.  One is fairly obvious–Tony Romo.  The other, until this season, was nearly completely unknown–Miles Austin.

The thing that inspired me nearly immediately about Romo was his joy at playing the game.  He didn’t go out there and go through the paces and call that good.  He PLAYED, every single down, every single second.  Defense collapsing the pocket?  His answer was never just go down.  His answer was run, duck, twist, fight your way out and then find someone ready to catch a pass down field.  Of course that didn’t work every time.  There were times and even whole games that he got smashed more than once.  But it happened enough that you knew with every down that it could.

That to me is inspiring.  I want to go out and live life the way Romo plays ball… giving my all on every down, running, ducking, playing every second not just with intensity and passion but with love and joy for the game and a sense of honor and awe that I get the chance to play it.  That to me is cool!

Then this year God saw fit to send another piece into this intriguing puzzle.  His name is Miles Austin.  He, like Romo, was undrafted.  He didn’t have scouts coming around telling him he would be one of the greats.  Few even knew him, though I remember him even from last season.  This season he started out as the third string wide receiver behind two well-known and non-too-shabby wide receivers.  In the fifth week, he had his breakout game, and life forever changed.

They say that winning a million dollars does not change a man, it simply makes him more of what he already was.  The truly neat thing about Austin is getting to witness the depth of the truth of this statement. 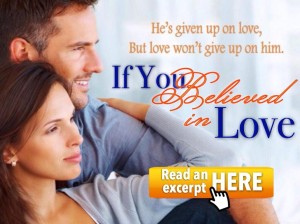 We watched the Wild Card game last night, and my ten-year-old daughter and I love watching together.  Last night, however, I started pointing something out that I had noticed about Austin–not only does he not play for himself, he doesn’t live for himself either.  Over and over again, I said, “There he is again!  Did you see that?”

You see, at the end of plays, Austin was there.  On the way back to the huddle, he was the first one to his teammate, offering a hand up, a pat on the back for a good play (and a smile of course) or encouraging words for a busted play.  Strangely he was there on run plays, pass plays, touchdowns.  It almost didn’t matter.  If he was all the way across the field on a touchdown, he’d run in to celebrate with his teammate before the cameras had cut away.  On the bench you’d see him greeting defensive players, other receivers, Romo…

As weird as that sounds, he makes me want to play on THAT team.  He makes me proud to call the Cowboys my team.  After the game, they showed the players walking around and who was shaking hands and hugging the opposing team? Austin.  Always with that smile.  Always, somehow, getting a smile in return.  He looks so happy to be there.

It’s interesting when I think of our world.  So many play the game for themselves.  So many are so wrapped up in their own worries, their own performance, their own failures and problems that they never pick their head up long enough to even notice anyone else is on the field. They don’t make it a point to celebrate others’ “touchdowns.”  In fact, often they can be seen sulking back to the bench because THEY aren’t getting the glory.  Not Austin.  It’s not all about him, and it shows on nearly every, single play.

Just for today, for a few plays, I challenge you to play like Miles.  Who knows?  We might just inspire enough people that we all get to play on THAT team.  What a cool thing that would be!