First, I want to sincerely thank everyone for their prayers, good thoughts, and encouragement for my son, Andrew.  They have greatly helped because I needed every one, mostly because the answers we got weren’t the ones we expected nor how we expected them to come.

As you may remember, last week Andrew was going in for testing for small spells he was having at school where he would blank out for a few seconds at a time.  We were also struggling with spelling (studying 10 words for 6 hours and coming up with a 65% to show for it is discouraging not to mention frustrating for everyone involved).  We were also struggling with reading.  The one-two-three combination had driven me into the wilderness–not sure where we were headed with anything and getting more frustrated by the day.

Well, our appointment for the testing was scheduled for Thursday.  Wednesday night we had to keep Andrew up until midnight and then wake him up at four.  That actually went well because we had been talking about it and preparing him for a week.  We went to the hospital, and he was in very good spirits (for those who don’t know, he’s 7).  The first thing they did was take blood (which I hadn’t expected).  He jerked in one gasp, and then said, “How long will this take?”  The nurse said, “Just about done.”  And then it was.

So we waited a bit for the MRI.  They came and we went back.  Everything was great.  We went into the big room with the BIG machine that was working and popping and whining and not exactly quiet.  I could tell Andrew was getting a little nervous, but we were okay.  I could stay.  He got on the table, and they brought the bed up, which brought Andrew’s eyes bigger and bigger as that bed shook and looked remarkably unstable.

When they got him up, they said they would put earplugs in because the machine would be really noisy.  And he would have to lay perfectly still for 15 minutes.  I could tell Andrew was taking this in and getting more scared by the second.  When they went to put the earplugs in, Andrew LOST IT.  He jumped up and grabbed onto me in a death grip.  He was terrified, crying and grabbing onto me.  Instantly, my mind went to the people who had questioned the testing.  “Are you sure this is worth it?”

I had wanted to rule things out, and I thought the testing would accomplish that.  But putting him through terror did not make any sense.  They told us we could reschedule, come back, and they would knock him out for the test.  And I’m thinking, “This is NOT worth it.”

So we left the MRI room.  After Andrew calmed down, we went to the little EEG room.  We knew about this test, all the wires, etc.  (He’s done EKG’s for his heart since he was a baby.  No big deal.)  The guy explains everything, and then he says, “And then you’ll lay here perfectly still for an hour and a half.”  Well, that set Andrew off again.  It did not help at all that he had been up all night and was exhausted.  I knew about two seconds in that I had no hope of getting him to lay there perfectly still for an hour and a half, but I did my level best.  However, the whole time, I’m thinking, “This is not worth it.”

Now in my defense, there have been times that it was worth it, and I managed to get that across to him.  This was not one of those times.

So we left the EEG room.

I have come to a place in my life that I will walk down a road God leads me on, taking the steps He’s asking me to take, and recognizing that when He stops me, there is a reason.  I often do not understand why I’m on a certain road.  Often I think it is for one reason and it turns out to be for something completely different. 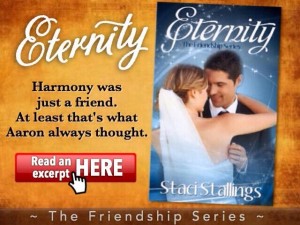 As we walked out of the hospital having done zero tests, I wasn’t even upset.  It felt like we had found our answer even though we had gotten none of man’s.  You see, because of the testing, our family had been talking to others about our concerns with Andrew, and they gave us some really good advice–disparate pieces that as we fit them together seem to be the solutions we were trying to find.

Then, strangely, my mom came up to help that day because she had an appointment with a doctor I have been to and who has helped me with various other issues.  I’d never thought about consulting him.  Of course my mom mentioned our morning, and he was/is concerned and wants me to call him to schedule time for him to look at Andrew.  Now, would I have thought to ask him?  I don’t know.  But I know that God set it up so I would think about it.

Further, although we got none of the testing, I had a dream that pointed me to the fact that we had done the right thing by walking out.  (God is so good that way.)  So we are changing his diet, giving good brain vitamins, and making sure he gets enough sleep.

In the midst of all of this, of course, his spelling and reading continued.  As I worked with him, I could see the things he was doing, and I kept revising the help we were giving him.  Then this week on Friday (after Thursday of testing and tired and stress), he made a legitimate 100% on his spelling test.  He didn’t luck into it.  He knew those words.  The other night he pulled out a couple of books that are medium hard first grade books.  He didn’t get every word or even most of them, but he was skating through the easy words and sounding out some of the tougher ones.

Are we out of the wilderness?  Probably not yet.  But I can see the edge because of God’s answers.  It’s harder to trust those sometimes because there is no empirical data, no tests to look at the results and say, “Yes, this is what it is,” or “no, it isn’t.”

Somehow, it’s just knowing you’re on the right path even if you can’t prove it or explain it.

Thanks to your prayers and God’s guiding hand, that’s where I am now.

Thank you so much!