After I started writing, I turned my success-orientation toward God. I wanted to be a success for Him.  Somehow I thought that would prove to Him I was worthy of His love and gain me a place in His kingdom.  I wanted Him to love me, and I thought the only way He would love me was if I was a success. Sad how some of us get so mixed up like that.

It took seven years of writing, three years of publishing, and a gentle re-direct from God for me to see how wrong I had been the whole time.  As always, I had been working and working and working, trying to get the publishing and marketing to work out.  I put an enormous amount of time and effort into that endeavor. Still, things were not pointing toward me being a success.  Even when I had successes, they were too small for me to acknowledge, and so I called them failures and resolved to do better.

When I finally woke up to see that what I was doing was not what God required of me—that He didn’t require me to be a success for Him to love me—that was truly a revelation.  In a very real way He saved me from me!

Since then, lesson-by-lesson, I have learned to let go of doing it myself and to let Him take over the controls of my life.  Not always easy for a control-freak, but by far the easier way to live once you get the hang of it.

The other night in a sermon, God spoke to me in a way that made me smile.  The priest said, “God doesn’t require you to be a success. He only requires that you be faithful.” Well, that’s about as direct a message as you could get.

However, would I have heard those words ten years ago? Probably not, but they sure resonated with me the other night.

The amazing thing is that a friend of mine and I have been talking about this very thing—being faithful.  She said, “What I am learning is that God doesn’t even require us to be faithful because our faithfulness is imperfect. God simply wants to show us His faithfulness.” 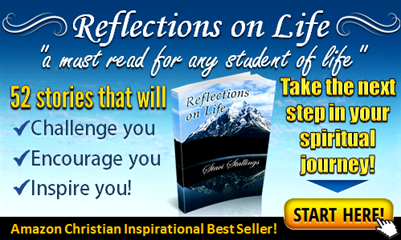 His performance, His plans, His control, His abilities. His knowledge, His understanding, His wisdom, His love, His mercy. His faithfulness.

In a very real way, all He asks of me is that I take a step back from me, look to Him, and marvel at His faithfulness.  He is ever faithful to me. Not sometimes faithful. Not faithful when it’s easy or convenient. He is EVER faithful!

Just as He is ever loving.  He is.  And if I let my worth be based not on me but on Him, then I’m already a success.

Isn’t He the coolest?