I’m still reading this book on Margin (called Margin: Restoring Emotional, Physical, Financial, and Time Reserves to Overloaded Lives by Richard A. Swenson) and wow is it good!

The part I’ve just finished reading talks at length about stress, noting that although we often think of any stress as bad, that is not the case.  Some stress, called eustress, is actually positive stress or good stress.

Stress is that which causes us to work harder.  If you lift a weight, you “stress” your muscle.  The defining issue is can you lift the weight without hurting yourself?  If you can lift the weight once, putting stress on the muscle but not overstressing it, that is eustress.  Eustress causes the muscle to become stronger.  That’s a good thing.

Now there are several things that can bring a eustress situation into distress.  The first is lifting too many times.  So let’s say you can lift a 10 pound weight, and that is eustress at 5 times–meaning you are making a positive difference in the muscle.  But let’s say that at 8 times, you enter distress.  You have overworked the muscle.  This is where people often get pulled muscles, strains, or even “stress fractures.”  They “lift” or “do” too much for a particular muscle or bone to take and there becomes a small fracture.

The other way to turn eustress into distress is to try to lift too much.  So let’s say that you can lift 10 pounds and it’s eustress.  But lifting 20 pounds causes distress.  It is not the lifting that’s the problem.  It’s how much and for how many times or for how long.  Maybe you can lift 10 pounds 5 times, but you can’t hold the weight for 3 hours.

So all of these factors determine if what you are doing is causing eustress (positive, growth-inducing stress) or distress (negative or destructive stress).

The thing is eustress and distress are not only physical phenomenons.  They translate into mental, emotional, social, and spiritual realms as well.

So, let’s take our eustress/distress model and see how it might work in a work relationship (social).

Now, instead, let’s say that the boss has already given you 5 letters to type in 2 hours.  Then he comes in and gives you a stack of filing to also be done in those two hours.  Then he intercoms you that he needs you to take some dictation that needs to go out right away…  Do you see how DISTRESS would set in very quickly?

Distress has another name:  Frustration.  It’s loading too much on the “camel’s back” so that one more straw will literally break it.

But here’s the thing:  Many if not most of us deal with various levels of distress in many different situations all day long, every day, without a margin of time to recover.

Mr. Swenson adds in here the concept of adrenaline in this process.  Eustress causes our bodies to pump adrenaline, the hormone that psyches us up, gets us ready to play, to fight, to run, or to handle the situation.  When you lift that weight or start typing those papers, your body puts out adrenaline to give you a boost of energy to accomplish the task at hand.

However, our bodies do not make unlimited supplies of adrenaline, and trust me, it doesn’t grow on trees either.

So, you have this task that’s going to require more than simply doing it, so your body releases adrenaline, and you use the energy as the eustress is put on you.  But what happens when distress happens?  First, your body floods in more adrenaline, trying to help you have the energy to get through the task.  But at some point, the adrenaline runs out, and you experience collapse–you drop the weight for example.

All of this occurs, but with us it does not occur statically–with one stressor placed on us.  Instead, we have multiple stressors in various areas of life. 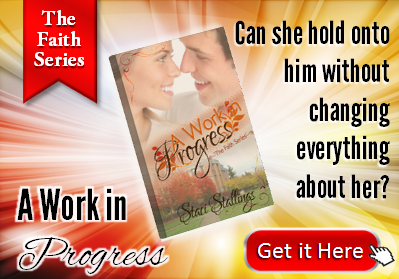 For example, we get up in the morning and the kids are yelling at each other, we didn’t get enough sleep, we’re worried about that presentation today and what our boss might think about us, we don’t have much savings and we’re worried about what happens if we lose our jobs, the wife wants us to pick up the cleaning after work because she’s going to be late from her job.  We head off to work, fight traffic the whole way there, listen to the news (depressing as it is), worry some more.  Get to work and the secretary can’t find the report, our co-worker calls in sick.  We get to the presentation ten minutes late, the boss frowns at us the whole time.   By lunch we can’t eat much and we skipped breakfast in the insane rush out the door.  Upon our arrival back at the office, things have gone downhill, someone called while we were out and we missed the important call.  The boss calls us in to his office… By this point, we literally a basket case.  Why?

Our adrenaline has been set on hyper-flow for nearly 8 hours, and it did not have time to replenish from the day before.

This is how “crashes,” “meltdowns,” and “nervous breakdowns” happen.  Now imagine that this scenario repeats day after day after day with no end in sight.  No wonder we’re tired, burned out, stressed out, psychological/spiritual messes!

The scenario above is an example of “HYPERSTRESS.”  It is continued, prolonged, and overwhelming distress.  It depletes our adrenaline stores and then literally begins to break down our bodies and minds on a cellular level, so we are left LESS able to cope with stress than before.

And some of us live in constant hyperstress.

All of this was very helpful in giving me a glimpse of what happened with my brother.  At first he thrived on the “adrenaline rush” that came with his work life.  He loved getting psyched up, making the sale, being the best, working for the awards.  But at some point, the eustress of his job and life became distress.  He did not take time to replenish, to have some down time, to recover.  Instead, he rushed along in every aspect of his life–kids, family, work.  Until collapse was inevitable.

Further, all of this eustress boarding on distress left him little margin for error when a major stressor–the possible loss of a large part of his business income came along.  It was literally the straw that broke the camel’s back.

So what is the lesson in all of this?  Simply put is know your limits, set them, and stick to them.  Are small periods of distress inevitable?  Yes.  But if you set your whole life up to be distress after distress, careening forward on the wings of hyperstress, that is a recipe for disaster. Distress should be viewed as a signal that something is wrong and needs to be changed, not that we are somehow weak and worthless.

Now, I will agree that the world entices us to do just that, but we are in the world, not of the world.  God has given YOU the choice of how you want to set up your life.  And if you are going to gain the peace that surpasses all understanding, it cannot be attained via this hyper-insanity way of living.

So today, take a look at your life and your stresses.  Aim for eustress.  Eliminate distress.  And never, ever accept hyperstress.

Trust me on this, that’s not at all what God has in mind for your life.