Another dispatch from Dr. Lee A. Simpson.

In another one of those three-minutes-that-change-everything moments on Sunday, my new favorite preacher threw this little challenge at me:

“When you say you are over something or that you believe something… Satan will always come with the test that says, ‘Are you really?’”

I used to hear people say that God tested us as in, God wants to know if we are GOOD ENOUGH to gain Heaven, so He will test us to see.  There was a time I believed this.  Then I learned about God’s great and all-encompassing love for me, and that showed me that there is no test to see if I’m worthy of His love.

However, we do feel tested, so how to explain that?

I like this way to explain it.  You see, I don’t know about you, but I can say a lot of things.  I can say I believe a lot of things, but sometimes when push comes to shove, I don’t ACT on what I say or what I believe.  It sounds good in theory, but wow, is it hard in person!

Take forgiveness.  I can say, “I’ve forgiven this person,” and maybe I really believe I have.  But then that person’s name comes up in conversation, and this horrible feeling rises in me.  I realize maybe I haven’t really forgiven them, or I haven’t totally forgiven them.  Sometimes we can get down on ourselves at that point and think it’s impossible so what’s the point?  That’s what Satan would have us believe.  To him, that’s the point of him testing us–to get us to give up.

But what is the point of God LETTING Satan test us?  Wouldn’t it be better if when we say “we believe” that God then shielded us from all tests?  (I know for me, I’d sure prefer that!)

For example, let’s say that I have learned to put a situation in God’s hands.  So I’m going to a meeting, and I pray beforehand, “God, I put this meeting in Your hands.”  Great.

Now let’s say that the meeting goes very well, but when it’s over, the company decides not to go with your plan.  That’s a test.  It’s Satan’s test, and what he wants you to do is go, “UGH! I put this in God’s hands, and it didn’t work out.  God hates me!  I do not trust God anymore…”

God, however, has allowed the test, and if you are willing to understand and learn that His Love is in everything, your disappointment may just be able to teach you something wonderful from this seeming “failure.”

In the above example (drawn actually from my own life), I came away angry at first.  I had put the meeting into God’s hands, why did it not work out the way I wanted it to? 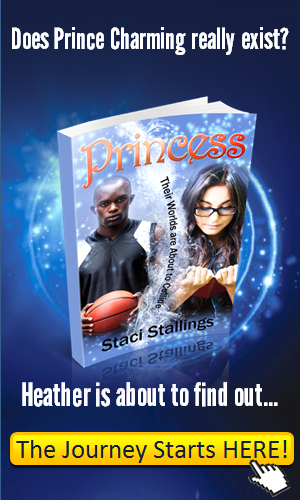 Ah.  And then I stopped.  I suddenly saw something I hadn’t before.

Yes, I put the meeting in God’s hands, but I had failed to put the OUTCOME in God’s hands as well.  In other words, “God, take this meeting and make it turn out the way I want.”  Oops.  Yeah.  I had kind of missed that one.

And the further truth is that when I learned that lesson it freed me from placing my own expectations and judgments on the situations.  Now, I go, I let God do it through me, and whatever happens, I know it is HIS best plan.  (Talk about FREEDOM!)

The truth is that without Satan asking, “Are you really putting this in God’s hands?”  I would never have seen my error.

So those tests that Satan sends your way that seem so horrible at the time can be used by God–not so He can condemn you, but so that He can teach you to draw just a bit closer into His Love and trusting Him.

What test have you had that tested your belief or if you really would do what you said you would do?

See that as a gift… for it truly is.